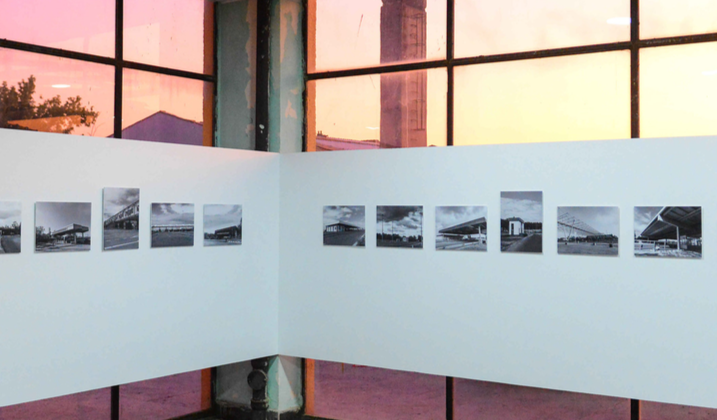 The project “Borders without Borders” include 26 photos of 26 border buildings in 26 EU and Schengen member states. Today, these buildings remain “abandoned,” similarly to how border divisions among EU states have ceased to exist. Nevertheless, as they continue their physical presence, reminding us of a past separation that no longer exists, these buildings also raise questions as to what other function they can have or play in the future.

The artist himself comes from a place where functional border buildings still exist, and freedom of movement is restricted. The artist has chosen to photograph the abandoned border buildings in EU member states, and trigger questions about the veracity of the existence or nonexistence of borders between these states — the majority of which share a past, often a conflictual one, but today enjoy freedom of movement with one another.

On one hand, a border building is still functional when entering from a non-Schengen to a Schengen state. On the other hand, within the Schengen area itself, such border buildings have ceased to serve any purpose. For those people that are restricted from freedom of movement, such buildings represent much more than just a physical presence — they might bring back memories of rejection, hardship and pain, and many today choose to take the illegal route to cross the border division. They do so in a search of and belief in a better life, mainly coming from war zones or post-war societies.

As the artist comes from a place, and a region, that has undergone such experiences and where freedom of movement continues to be restricted, such stories and narratives are resemblant. Borders were a cause of war; some became reasons to separate families for decades. Such was the case between the former Socialist Federation of Yugoslavia and communist Albania, where borders were being reinforced at a time when the EU was already in a process of opening them up.

However, today it seems that reinforcing borders is emerging again as a topic of conflicting debates. And when it comes to these abandoned border buildings within the EU, should there be a platform for discussion as to whether these buildings can serve a cultural function? How should they be commemorated today? Should they serve as a reminder of what their past meaning was, while moving towards a more open future?

The shared past between EU member states can be also read and recorded through the architecture of such border structures. That is why they will be documented, shot and showcased through a publication with photography, while also putting into question the potential to change the purpose of these buildings today.