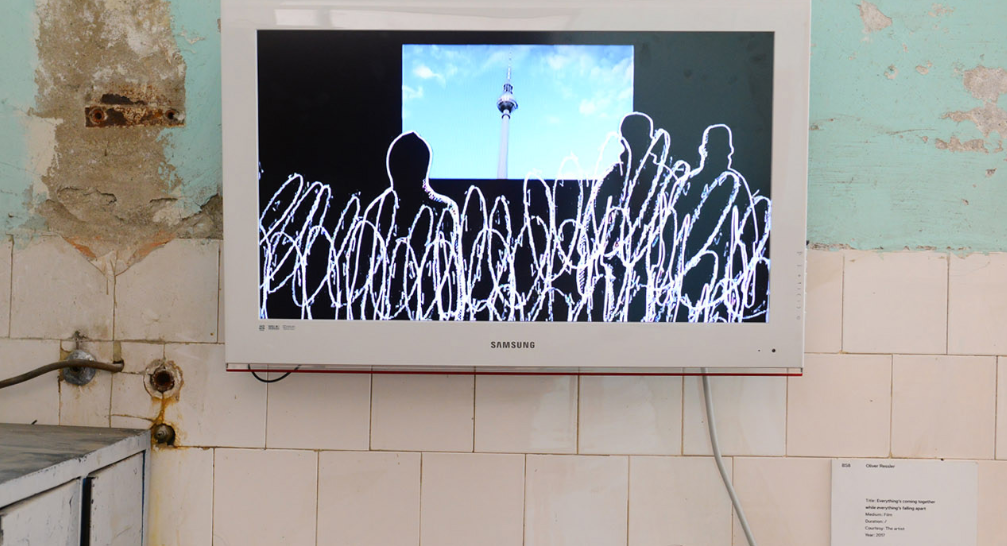 This film was shaped by the “summer of migration” of 2015, when the Schengen system was suspended for several weeks and wealthy European states temporarily opened borders for refugees from Syria and the wider war-zone world. But it soon became obvious that the “welcoming culture” of a few European states would not last long. Some EU states responded to the movement of refugees by reinstating borders; all joined in an abject contest to look like the least desirable destination.

“Emergency Turned Upside-Down” confronts the cynical and inhuman discourse that calls refugees’ presence in Europe an “emergency” when that word should be applied to the war, terror and the economic strangulation that forced people to move. This latest migration wave is the emigrants’ rational response to the wars waged in Asia (the “Middle East” and beyond) and Africa by western powers willing to prop up or shoot down local proxies – kill “Arab Springs” or command them – as opportunist interest dictates.

“Emergency Turned Upside-Down” is set within the tension that runs through social life right now: on one hand the vast imaginative potential of a borderless world, and on the other the petty prison of nationality and all the external, internal and social borders it entails. The film discusses borders performing their everyday function: managing, calibrating and governing global passages of people; dividing and “zoning” into different types of migrants and non-migrants, who depend on the trickle of income squeezed from endless work. Borders configure the world, ensuring a supply of people “willing” to do any sort of work if the conditions are coercive enough. What no amount of razor wire promises is that those people will forgive or forget.

The narration text is set in dialogue with drawn animations in black and white, in which overlapping lines form an abstract pattern evoking, among other things, borderlines, migration routes, outlines of states, life-lines and human heart rates.

The film was commissioned by Into the City 2016.