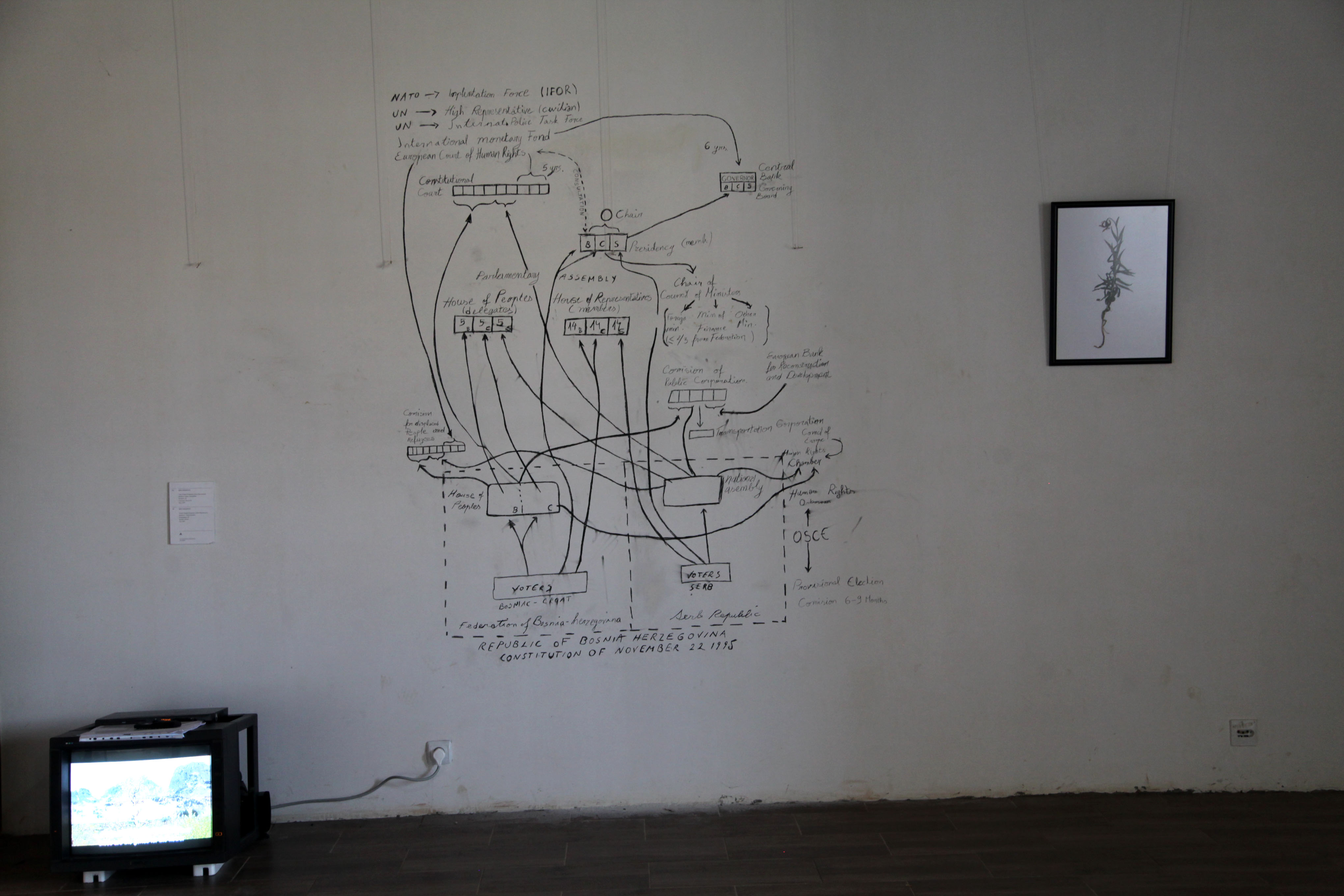 The Dayton Peace Agreement was reached in November 1995 at a U.S. Air Force Base near Dayton (Ohio), and was formally signed on December 14, 1995 in Paris. It brought peace to the country torn up by a war which started on the 6th of April 1992. Today, this peace agreement, which also serves as the Bosnian constitution, has become a political nightmare. Its complex structure makes any kind of progress in Bosnia and Herzegovina seem impossible.

Lilium Bosniacum (a.k.a. the golden lily or the Bosnian lily) is a lily native to Bosnia and Herzegovina. Lilium Bosniacum, together with Lilium Albanicum and Lilium Jankae have always been treated as varieties of Lilium Carneolicum. However, extensive DNA-analyses have shown that this group is polyphyletic, and have been treated as separate species since 2005.

The Bosnian Lily is a symbol that has been used in Bosnia since the middle ages. It became especially popular during the rule of Bosnian king Tvrtko I Kotromanić, when Bosnia was one of the most powerful countries in the Balkans. With the invasion of the Ottomans into the region and the fall of the Kotromanić Dynasty, the symbol went out of use.

On the 1st of March 1992, when Bosnia and Herzegovina gained independence from Yugoslavia, lilies were brought back on to the Bosnian flag. In 1998, after the protests of political representatives of the former Herceg-Bosna and Republika Srpska, the flag of the Republic of Bosnia and Herzegovina was replaced.

The idea of the project is to try and create a set of rules and genetically modify the Bosnian Lily in order that it complies with the complex structure of Dayton Peace Agreement. In collaboration with scientists (e.g. botanists), I would like to conduct experiments in order to see if this specific “constitutional law” can be translated, one way or another, into “natural law”. All of the process would be documented in photographs and on video, in order to produce an illustrated scientific book/herbarium and a short video documentary. Finally the goal would be to register this “hybrid lily”, if successful, to the EU database of registered plant varieties.