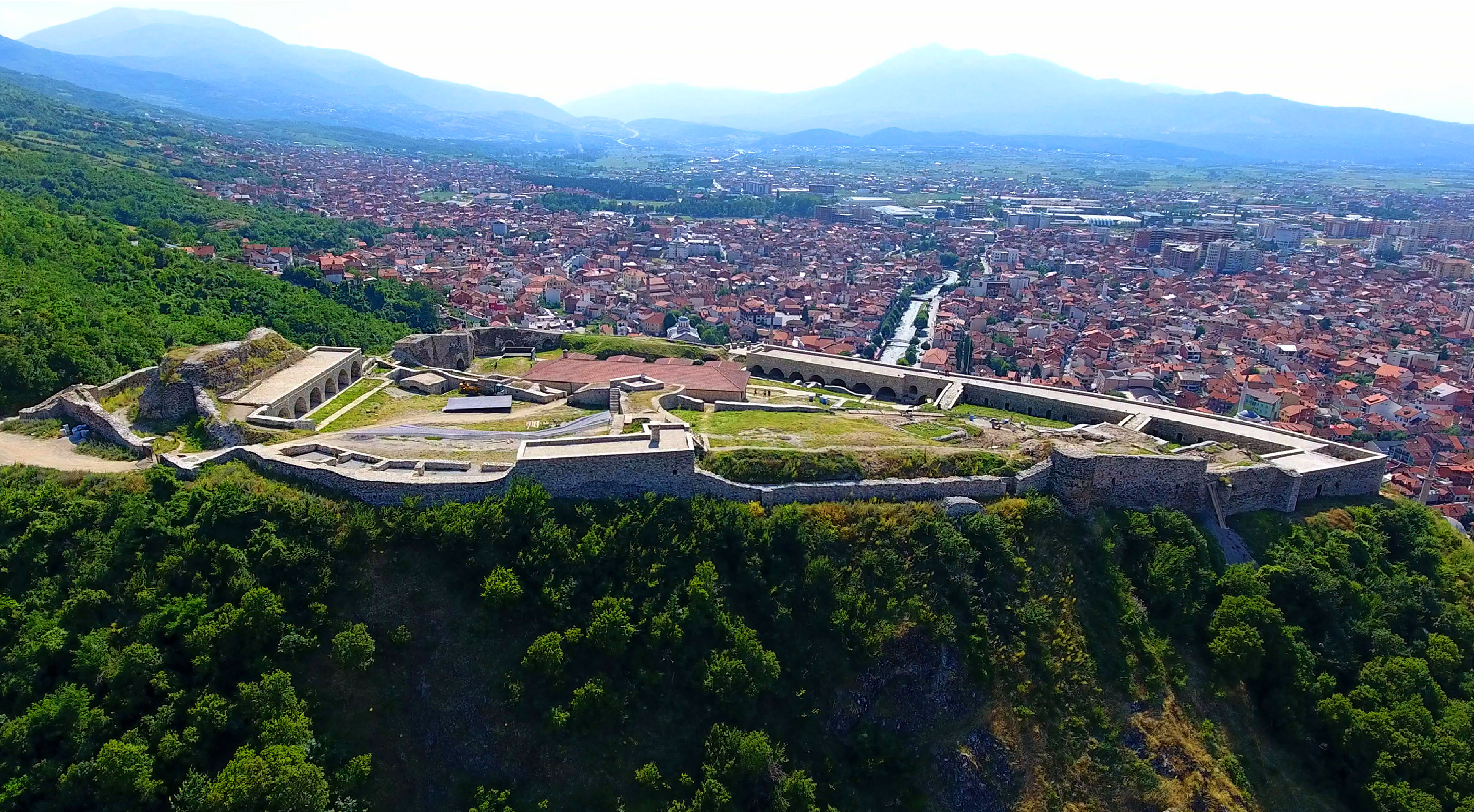 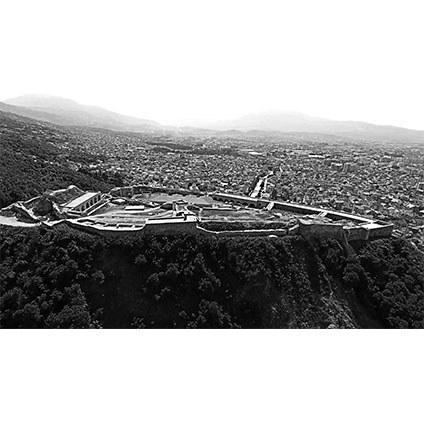 The Prizren Castle bears an important part of the ancient history of the city. Its strategic topographical position which dominates over the city, as well as its attractive natural landscape, together with the architectural composition, make it a landmark with indisputable environmental, scientific, historic and touristic value. It is located in the eastern part of the city, over a conical hill. Its fortifying walls follow the configuration of the terrain, forming an egg-shaped contour that extends towards the north-south axis. The oldest known documentation of the fortress is found on “De aedificiis” (“On Construction”), written by the Byzantine chronicler Procopius of Cesar. Among other fortifications in Dardania, the source mentions the Fortress of Petrizen, which is the name that Prizren bears today.

A more thorough study was made in 1969, when an architectural documentation of the fortress was made alongside archaeological excavations. The research found evidence dating from 16th to 19th centuries. Archaeological excavations made in 1969 and 2004 discovered the infrastructure of the fortress, which consisted of ramparts which were reinforced with towers, casemates, labyrinths, warehouses and a range of buildings within.

Later archaeological works in 2004 and 2009/2011, discovered  a prehistoric settlement dating from the Bronze Age to the early Iron Age, which apparently was one of the very first inhabited zones in the area. Also, for the first time, these excavations provided architectural evidence and materials dating from the Roman Period and Late Antiquity. In terms of construction, the fortress is divided into three separate complexes: the Upper Town, the Lower Town and the Southern City. Whereas the fortification is affiliated with different periods throughout centuries: Antiquity, the Byzantine Empire, the Nemanjic Dynasty and the Ottoman Empire. The Prizren fortress fulfilled its primary function until 1912. From then on, the site was left neglected, thereby allowing for its degradation. Since 2013, restoration and conservation works have started, and continue to-date.