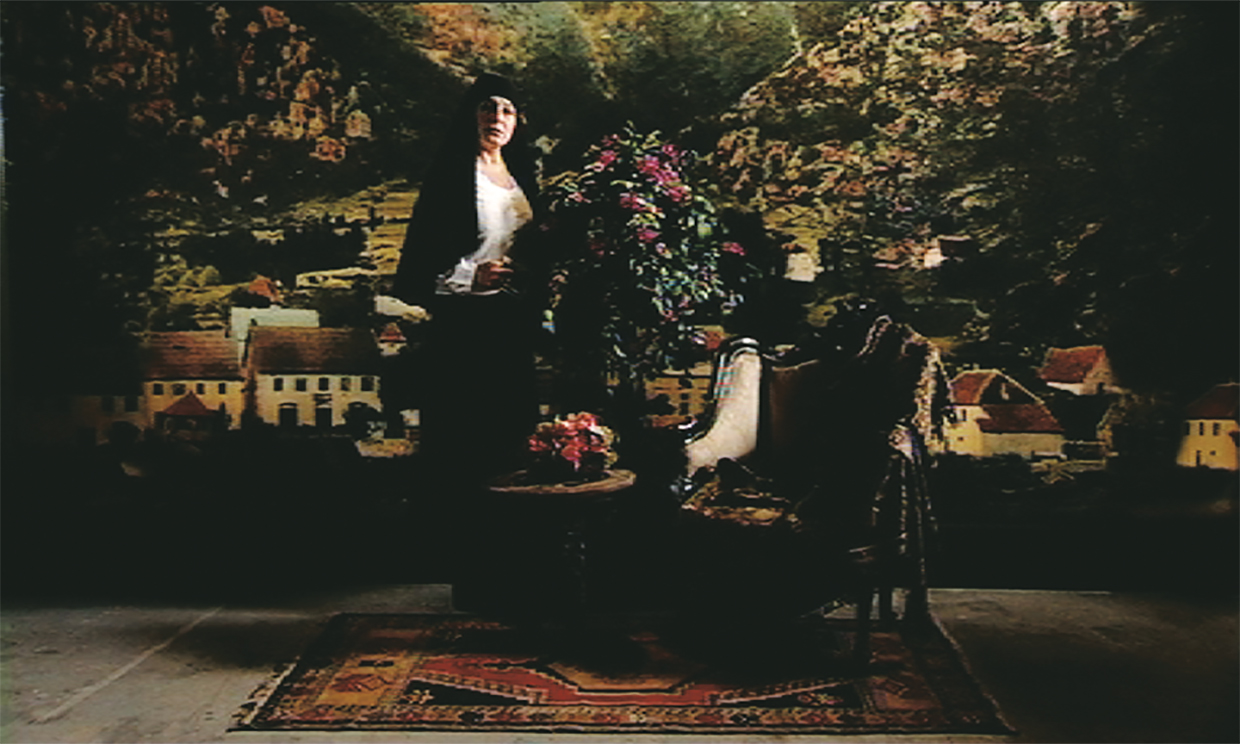 Gülsün Karamustafa has shaped her five-decade-long oeuvre around national, class, and cultural constructions in modern Turkey. In particular, she has focused on notions of citizenship and human agency, colonial narratives, and cultures of resistance and migration forced by war. In her humanist narratives, she seeks alternative ways of history writing, often focusing on the lives of women. Dedicated to both of Karamustafa’s grandmothers, Muhacir (The Settler) speaks of continuous cycles of war and conflict, which have triggered forced displacements that have shaped the historical and social landscape of the Western Balkans. The two-channel film is loosely inspired by what brought her grandmothers’ families to Istanbul (one from Crimea through Bulgaria, the other from today’s Bosnia and Herzegovina) in the late nineteenth century. As an homage to the history of silent/early cinema in Turkey, Karamustafa tells the story of two women, imaged against postcard backgrounds of two cities, one probably in the Balkans and the other in Anatolia, slowly crossing over the edges of the screens, swapping places. As postcards are laden with memories of what has been left behind, we are reminded of the impossibility of a linear history in the face of such broken narratives and of the resistances that grow from them.

Gülsün Karamustafa (1946) was born in Ankara and lives in Istanbul. 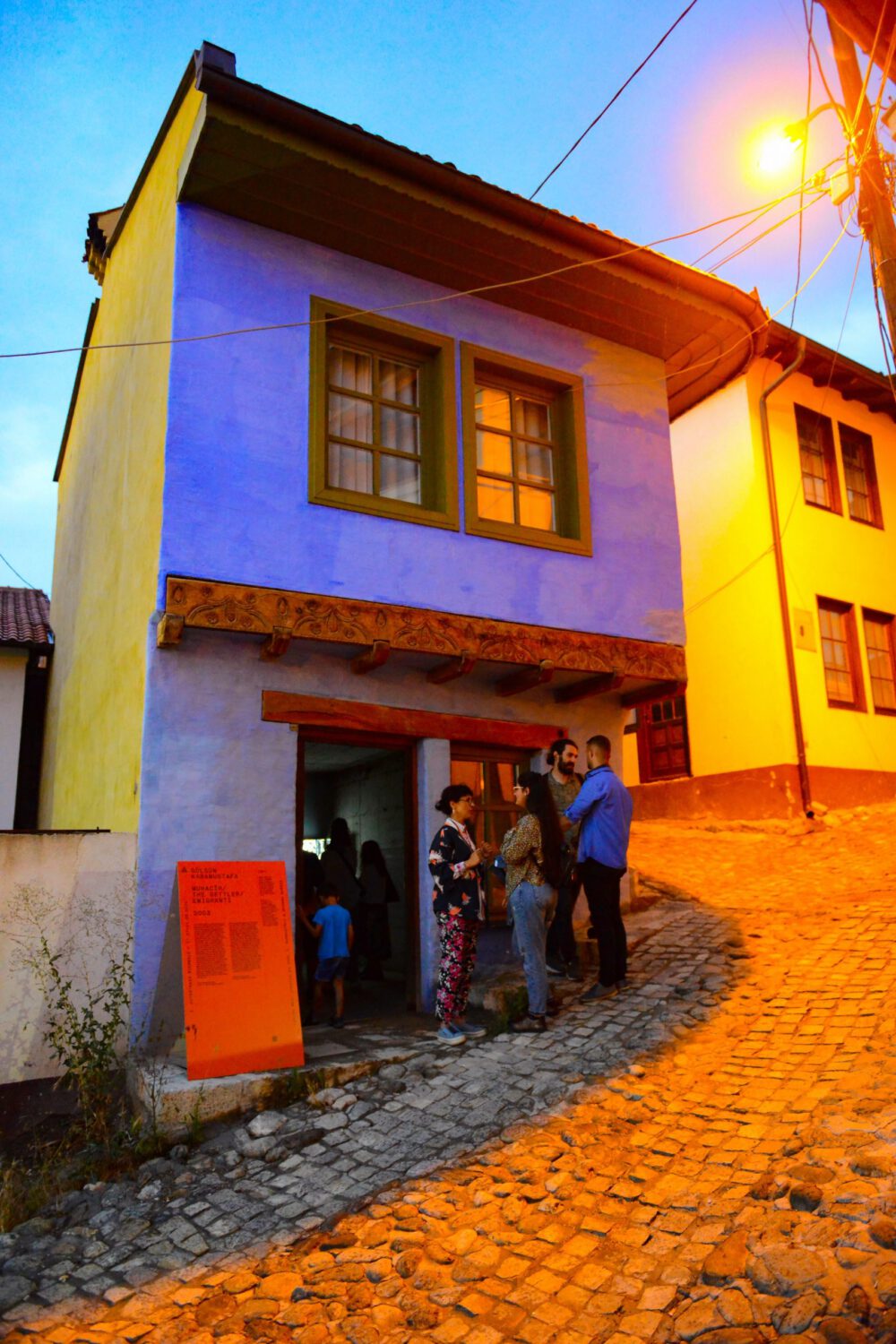 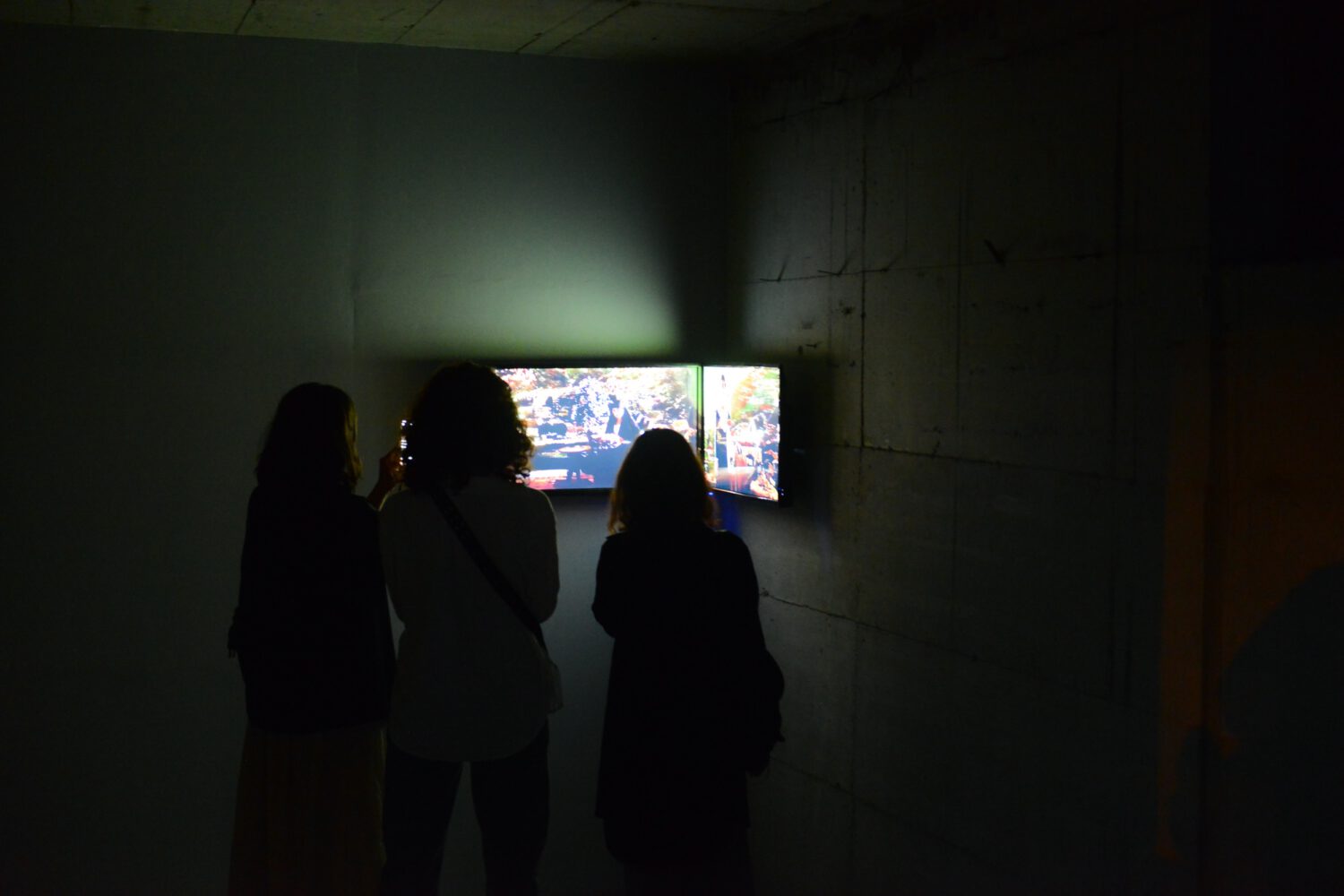