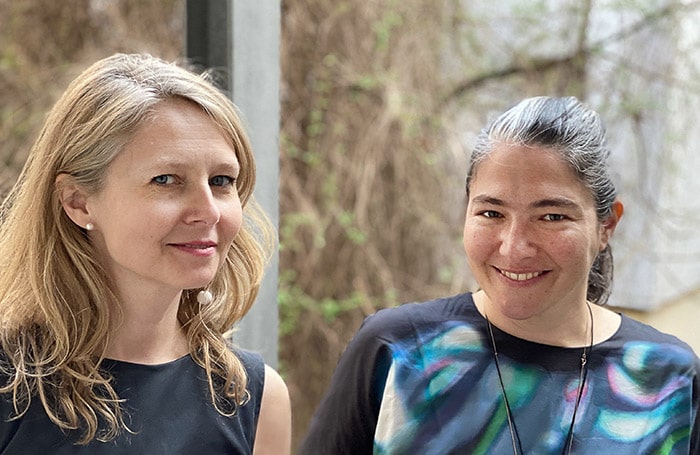 The curators of the fourth edition of Autostrada Biennale are Övül Ö. Durmusoglu and Joanna Warsza

Övül Ö. Durmusoglu is an independent curator and writer, guest professor and program co-leader in the Graduate School, UdK Berlin and visiting professor in the HfBK Braunschweig.
She acts between exhibition making and public programming, singular languages and collective energies, worldly immersions and political cosmologies. Övül was a curator at Steirischer Herbst; co-curated different sections of 10th, 13th and 14th Istanbul Biennials; and organised Public Programs for dOCUMENTA (13). Originally from Ankara, she lives in Berlin.

Joanna Warsza is a Program Director of CuratorLab at Konstfack University of Arts in Stockholm, and an interdependent curator and editor interested in how art functions politically and socially outside the white cubes. She was the Artistic Director of Public Art Munich 2018, curator of the Georgian Pavilion at the 55thVenice Biennale and associate curator of the 7th Berlin Biennale and edited several books. Originally from Warsaw, she lives in Berlin.

In April 2020 Övül and Joanna initiated the exhibition “Die Balkone: Life, Art, Pandemic and Proximity” in windows and balconies of Berlin’s Prenzlauer Berg district where they both live.

Autostrada Biennale will be presented in the summer of 2023.