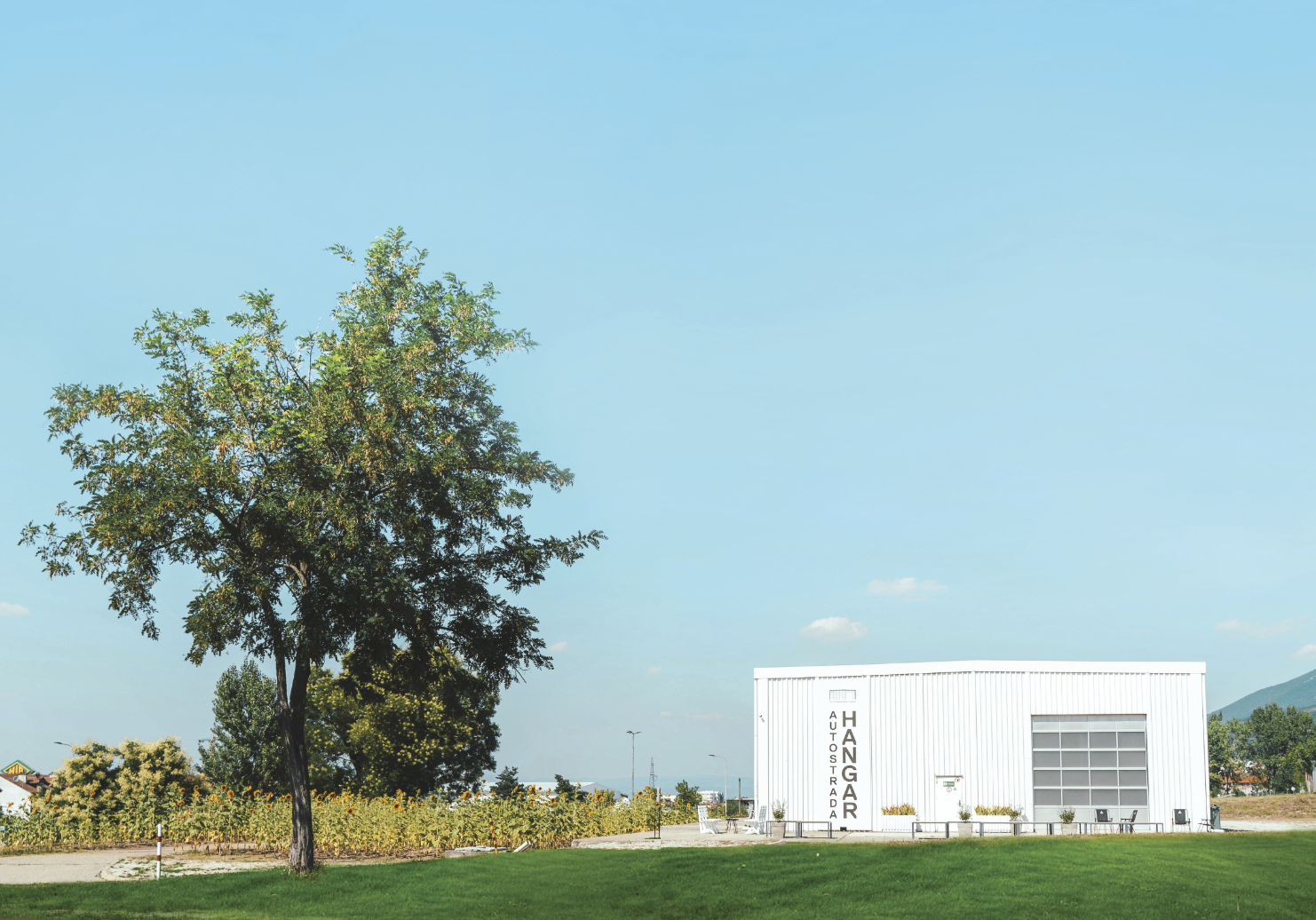 THE STORY OF AUTOSTRADA HANGAR

The story of Autostrada Hangar started much earlier than its space, it was born as a visionary idea of the co-founders of the Autostrada Biennale who identified the need for such programs. Many young people applied to be part of the biennial editions, but despite their enthusiasm and willingness, they lacked in the practical part of the work. This need was transformed into a mission, which then contributed to create the education and skills building programs with a focus on art and culture production.

While looking for suitable premises to bring our idea to life, the Innovation and Training Park became the most ideal place with tremendous potential not only because of the space it has, but also the ecosystem and collaboration between partners in the park as a long-term vision.

After the approval for long-term use of the Hangar, Autostrada Biennale started the implementation of the education program which was supported by the US Embassy in Prishtina and the Municipality of Prizren. As an empty space it was awaiting its transformation. The next step was the purchase of machines and equipment for wood, metal and textile processing, high performance computers and cameras for media and communication program.

Instead of contracting various companies, our team decided to design and produce all needed furniture of the space through the education and production program with young people, this way making them part of the process from the beginning to the final product.
Cultivating a sense of belonging in young people by becoming part of something bigger and for the common good was very important for us. The first phase of the education and production program of Autostrada Hangar brought together 60 young people from different regions of Kosovo (90% of them young women) who attended “Skills Building Workshops”. Through the engagement of our team and various experts, young people gained skills in the artistic production sector.

Only a year after its establishment, Autostrada Hangar has become a cultural hotspot that serves as a source of audience building and inspiration, fostering collaboration between creative people from the region and beyond.

“Autostrada Hangar aims to develop new models of artistic production that will
encourage the younger generation to become part of the creation process and foster critical thinking through art.” 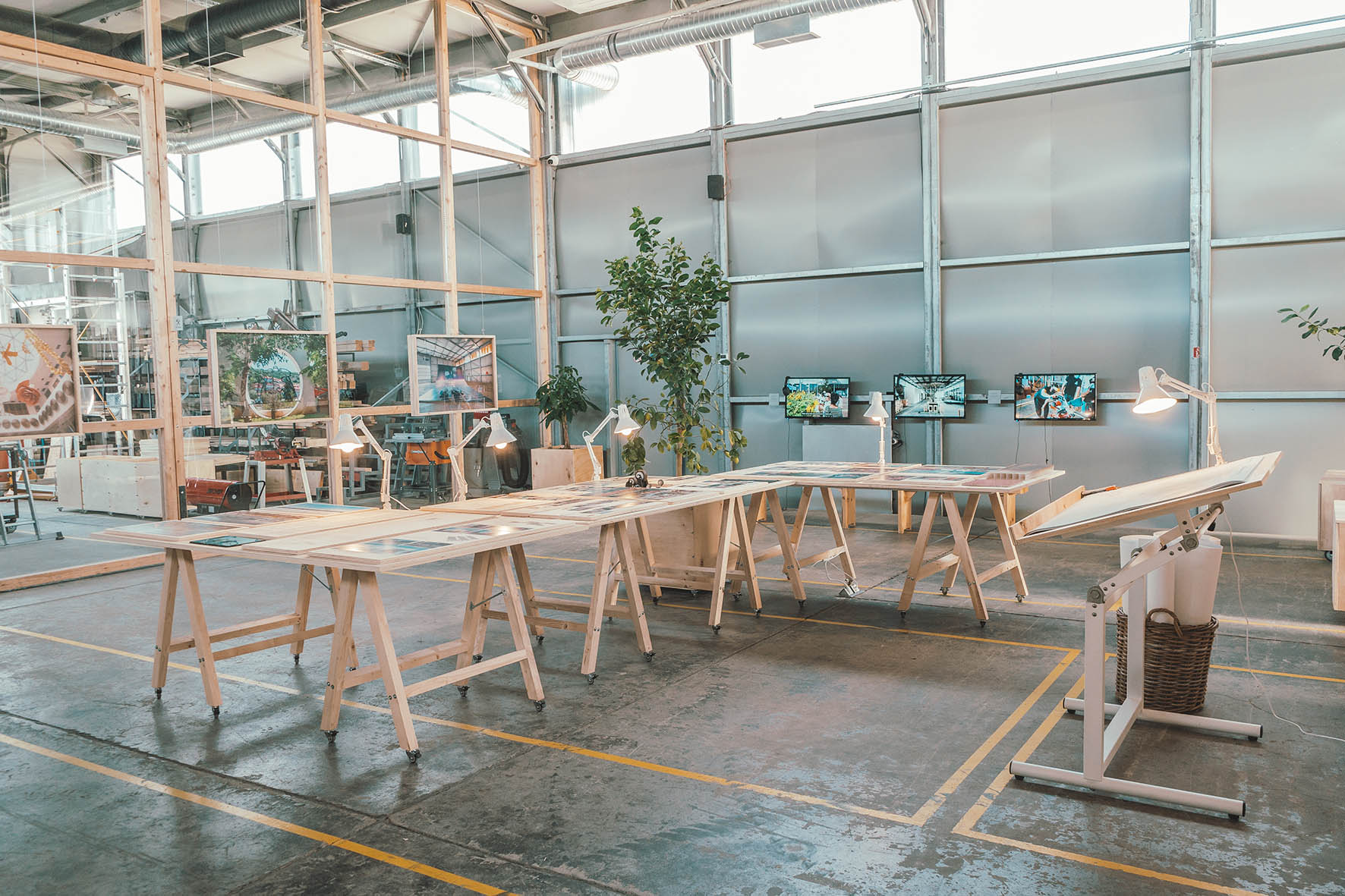 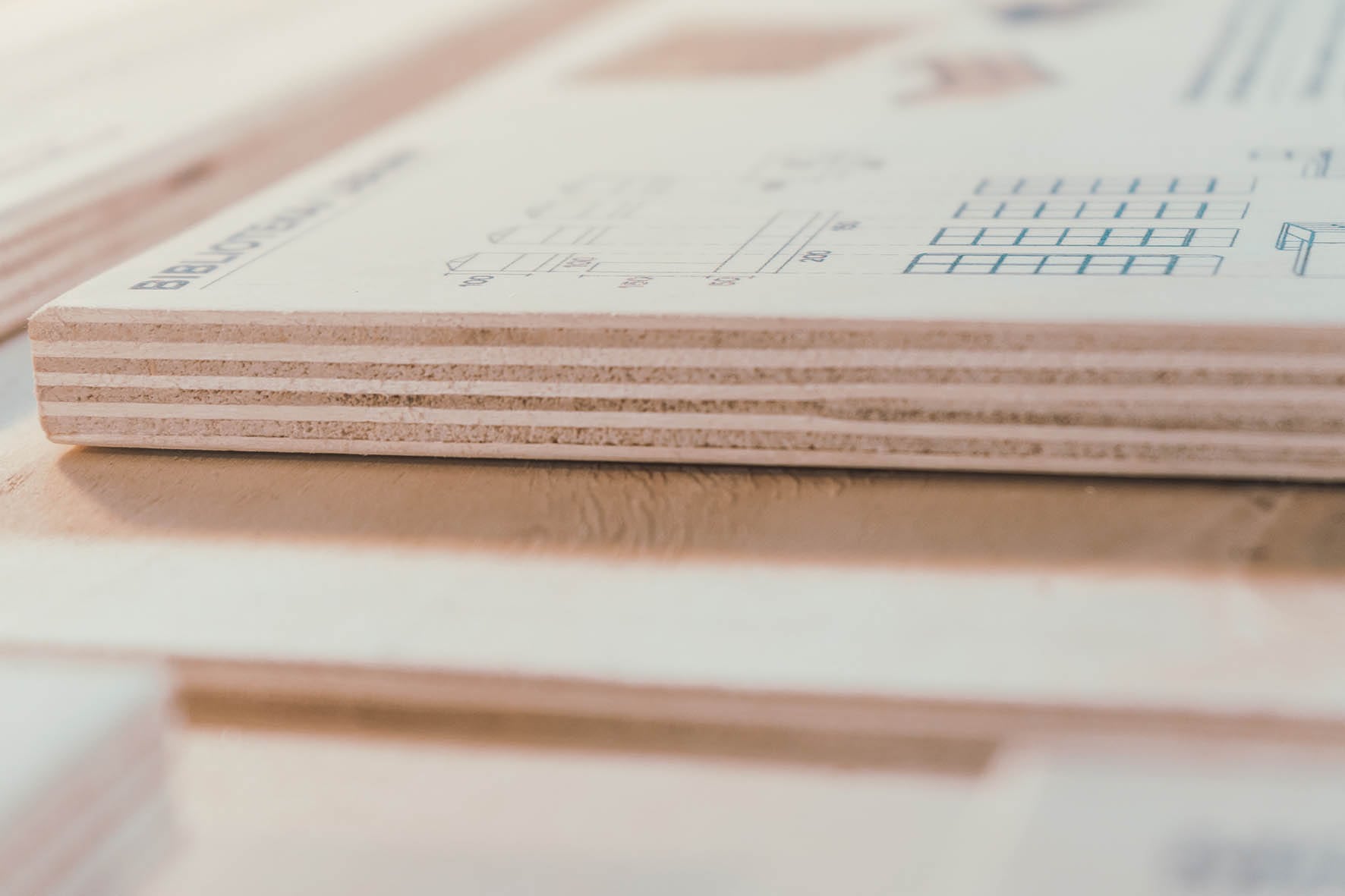 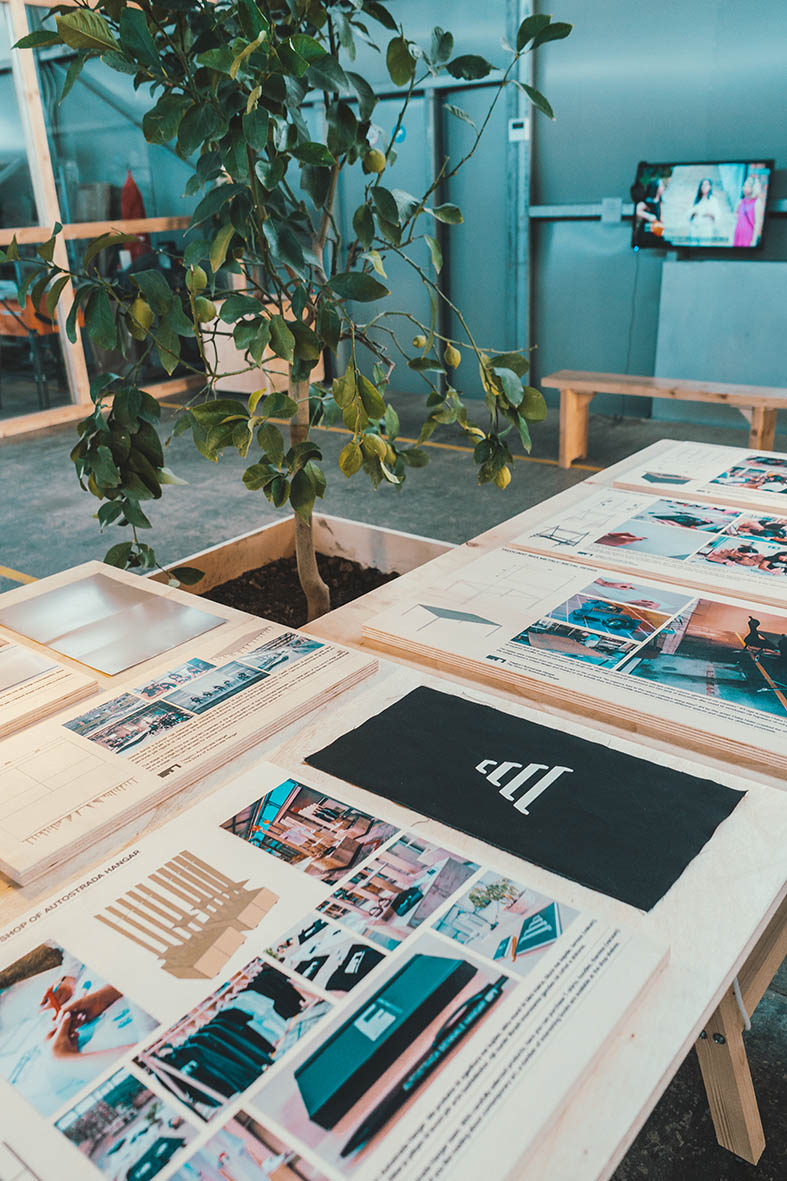 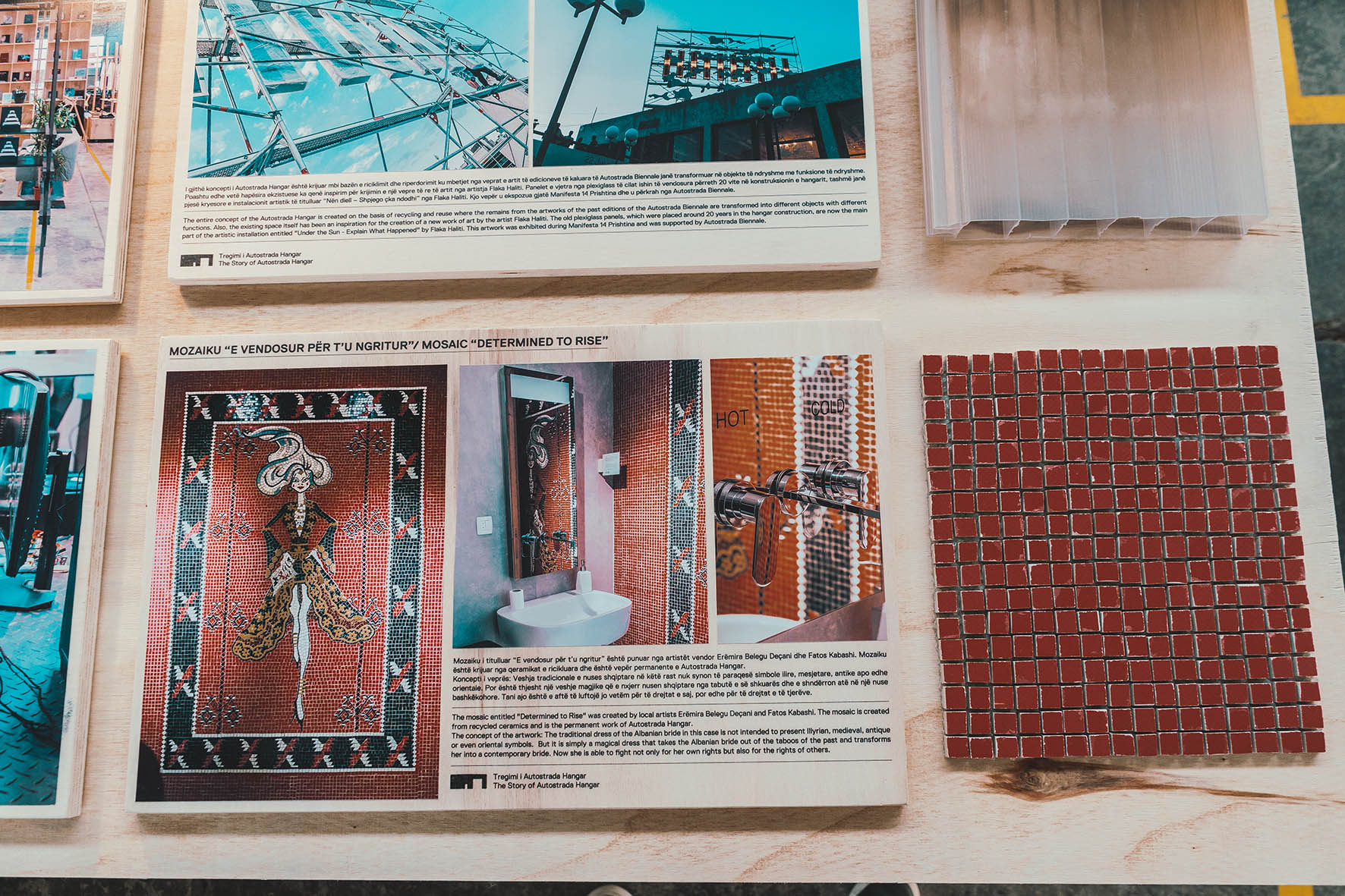 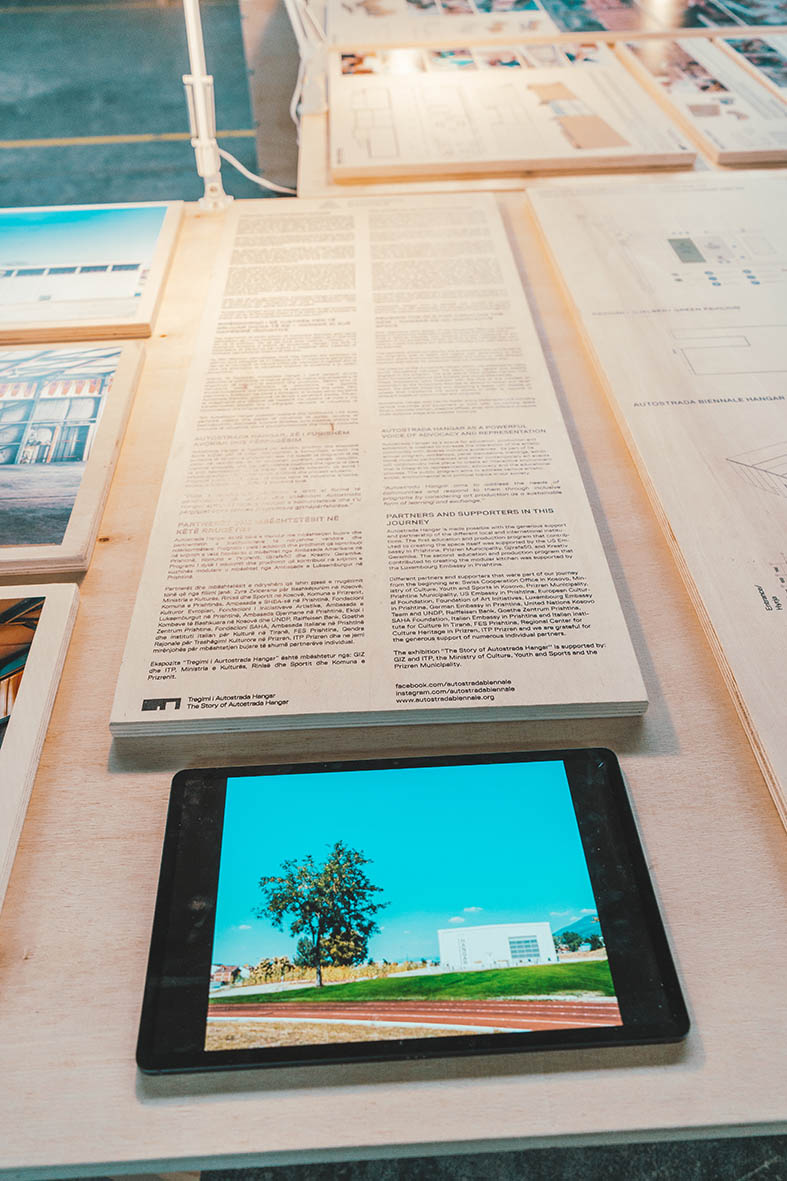 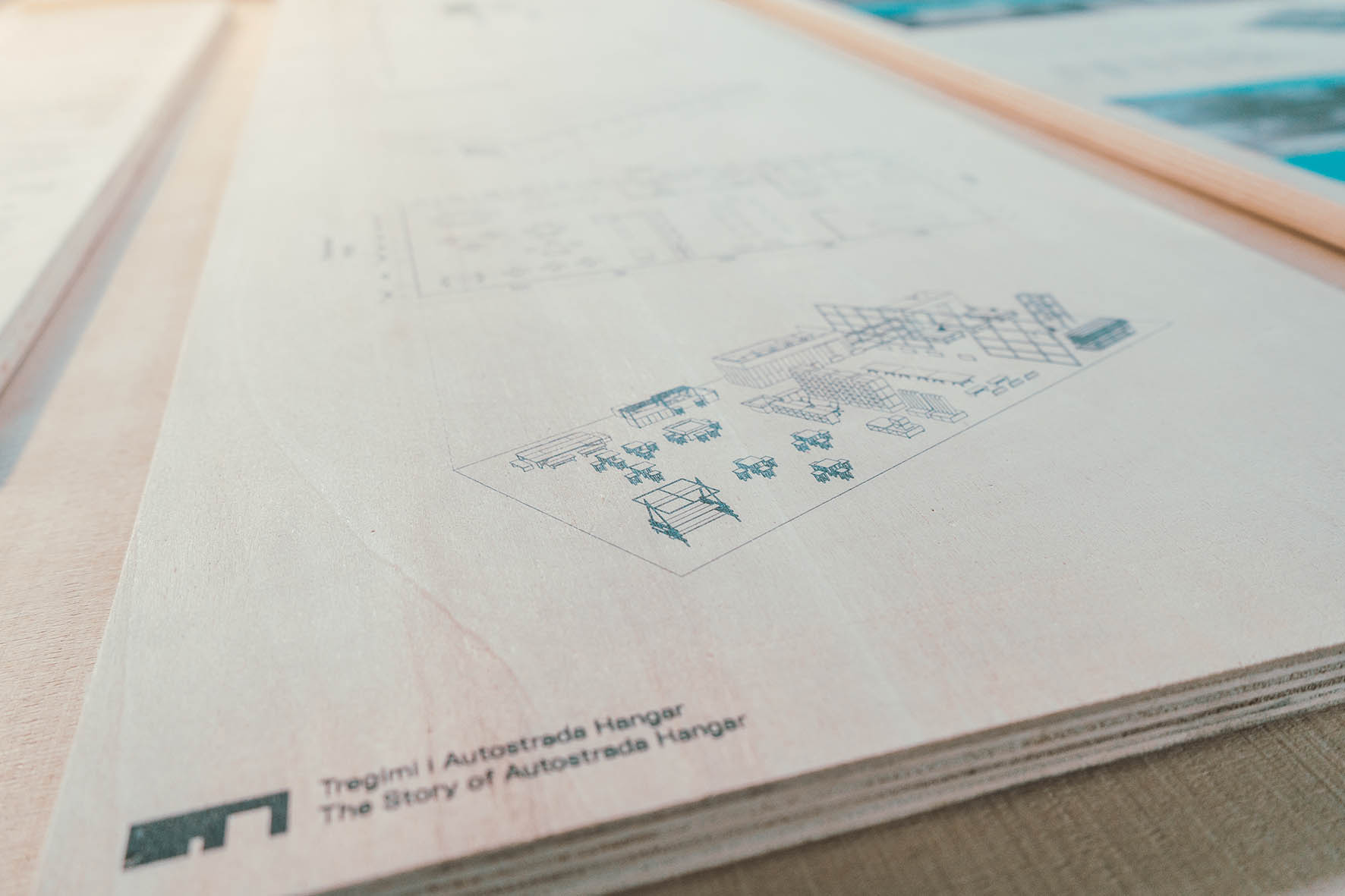 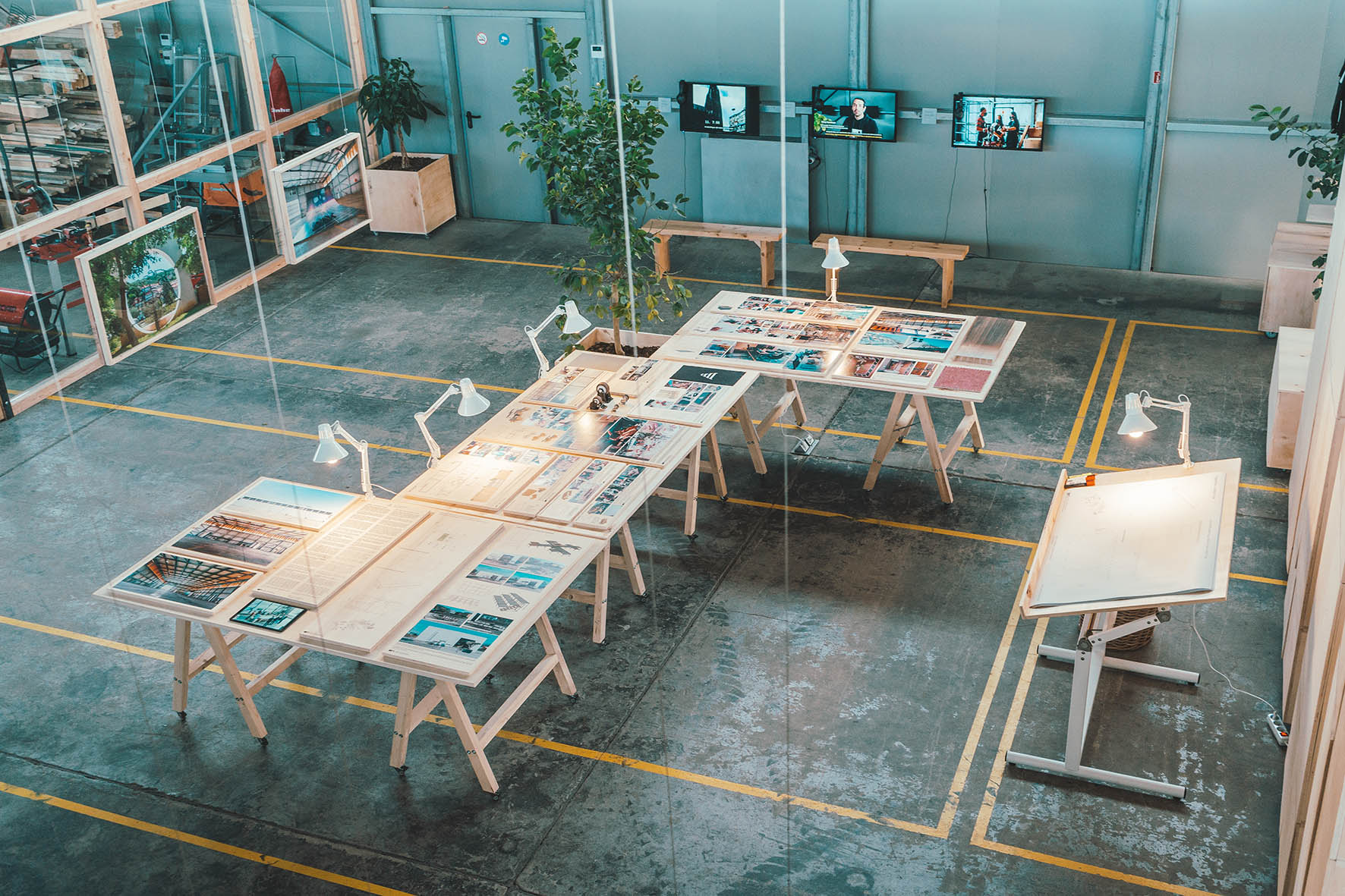 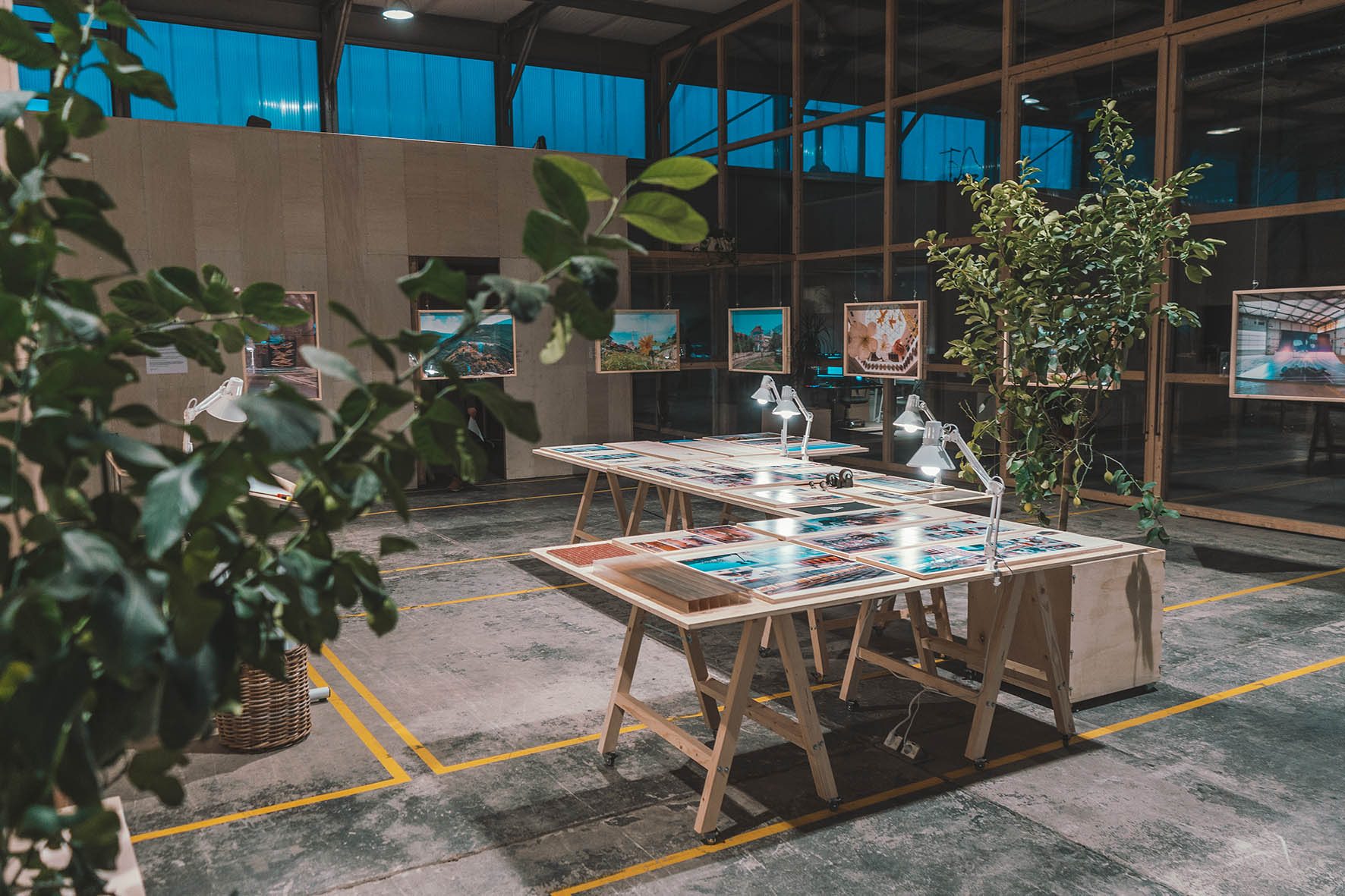 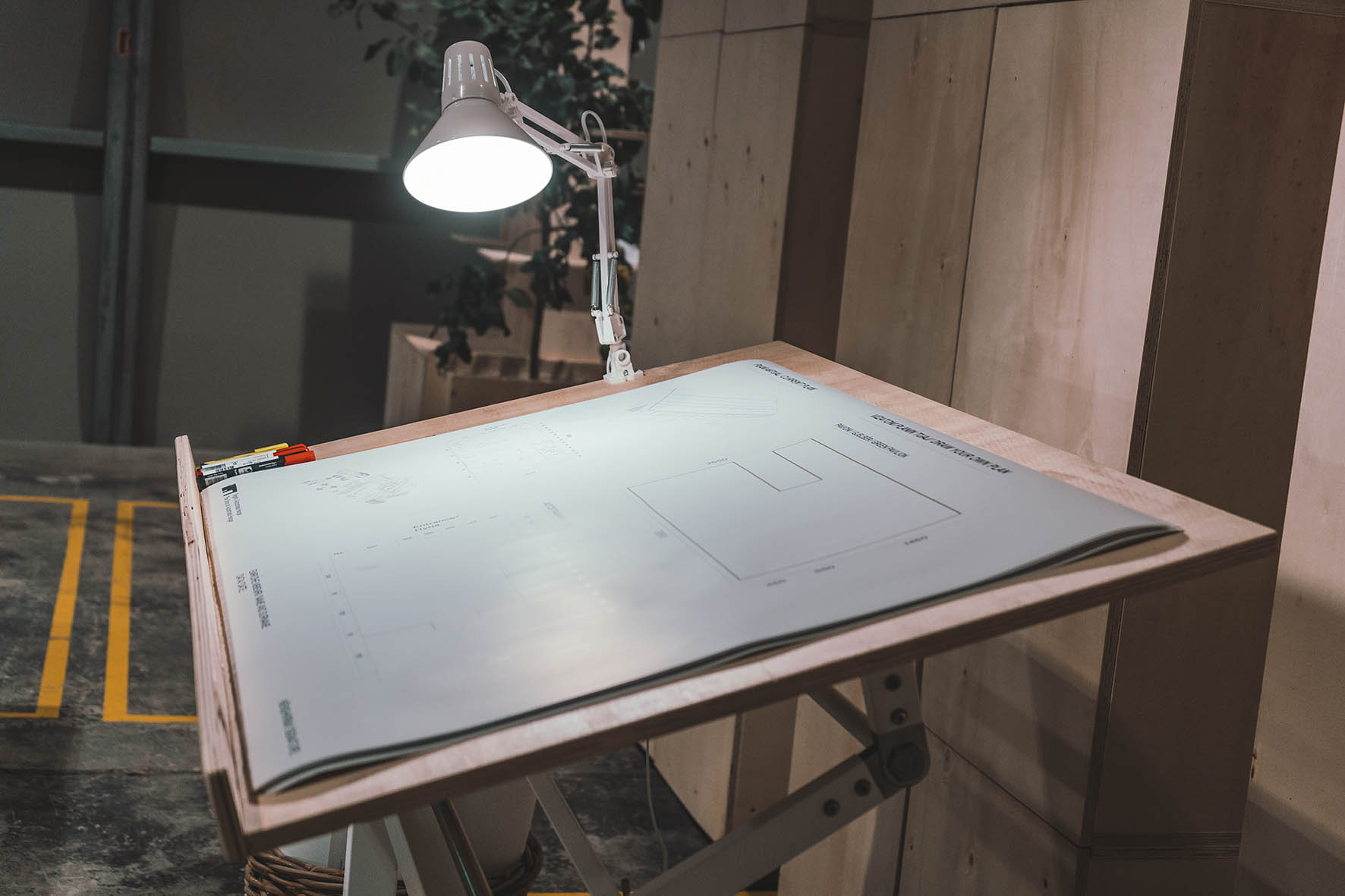 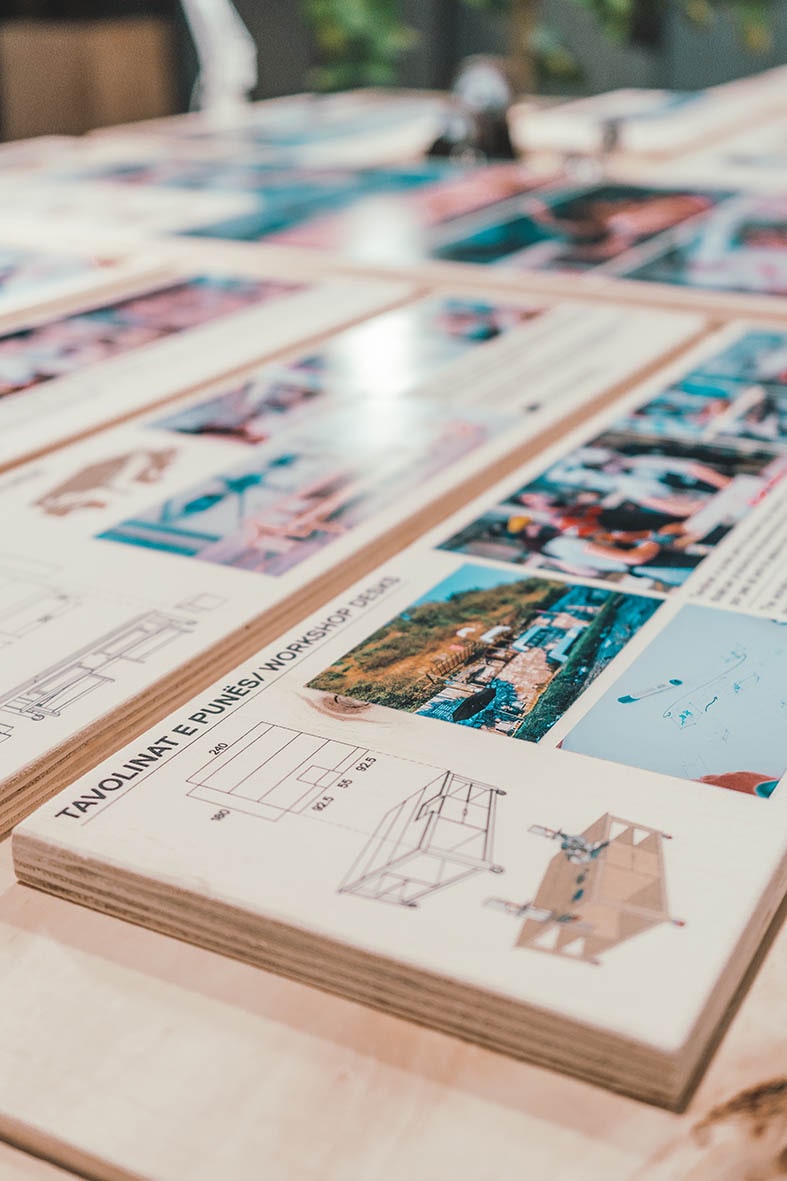 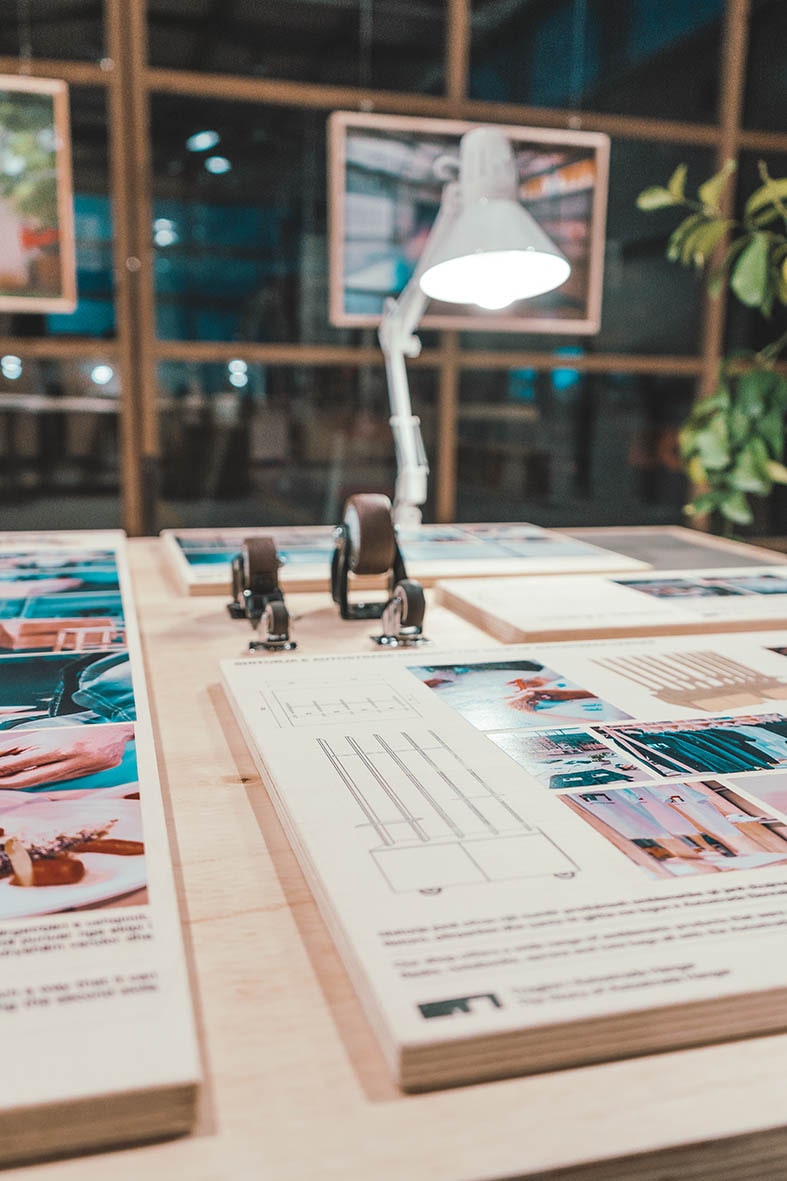 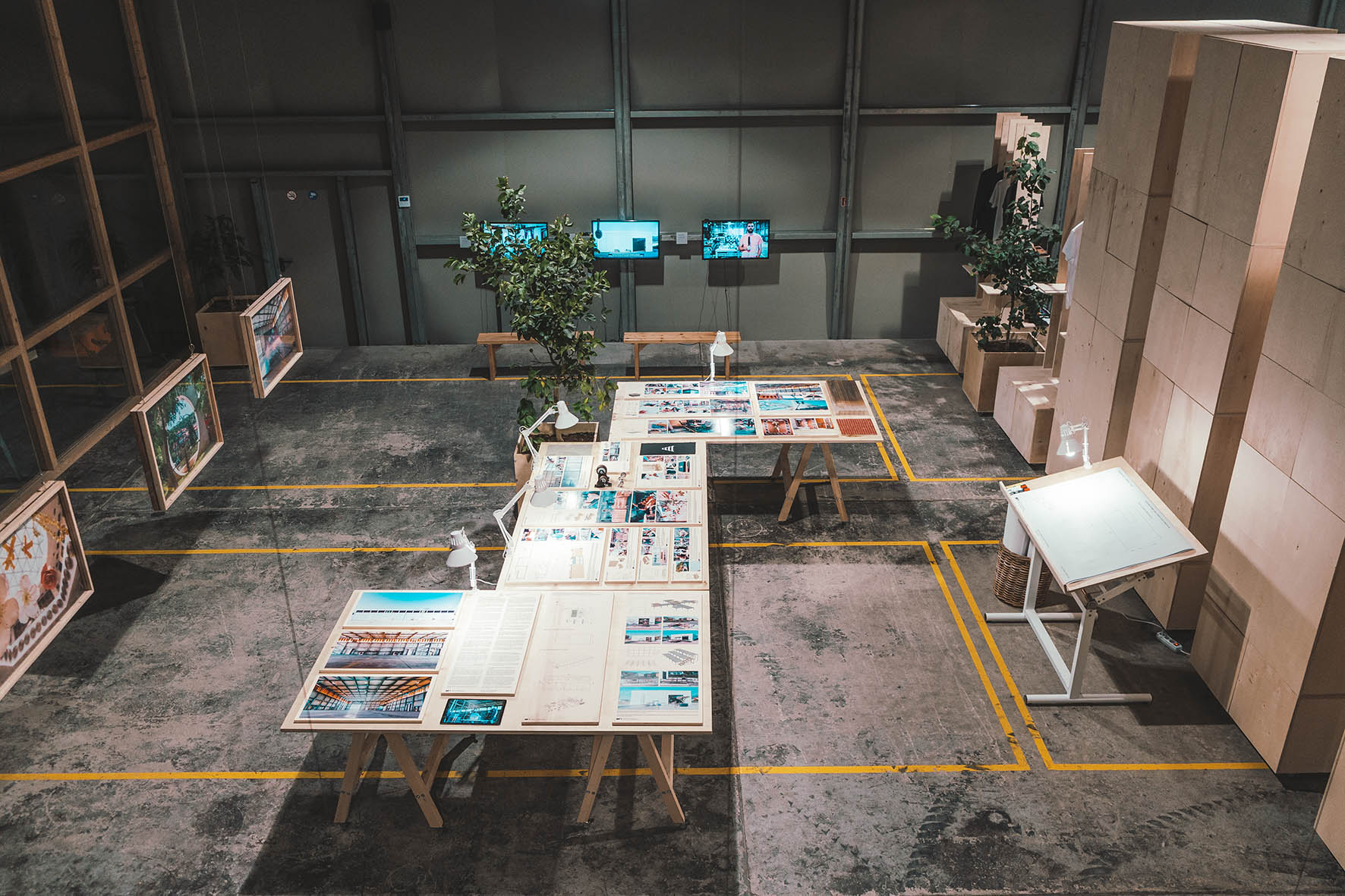 After organizing each edition of the Autostrada Biennale, the team saved the remaining materials in order to reuse them in the future.
Once a leftover material, now became the main substance of the creation of the Autostrada Hangar, so 50% of the materials that were used to create the space are recycled materials from past editions of the Biennale.
This approach shows our care for the environment and contributes to our long-term goal to teach and inspire new generations to think critically about environmental protection and come up with different creative alternatives for production and not consumption only.

The creation of the Autostrada Hangar space was preceded by many sound discussions between the team, young people and experts engaged in the program. The goal was to think outside the box, with multi-functional solutions and suitable and unique alternatives.
These discussions were finalized with the idea of the concept of movement as the Autostrada Biennale is, always in motion and never static.
We started imagining and designing a space with objects on wheels that transforms the space quickly in order to respond to different needs of communities and programs.

AUTOSTRADA HANGAR AS A POWERFUL VOICE OF ADVOCACY AND REPRESENTATION

Autostrada Hangar as a space for education, production and exhibition is created to increase the interaction of the artistic community with diverse inclusive audiences.
As part of its annual program, workshops, panel discussions, trainings, exhibitions, musical performances and other contemporary art events will continuously take place to create an interactive environment that is integral to representation, advocacy and the educational process.

The public program aims to address various artistic, social, environmental and political topics in our society.

“Autostrada Hangar aims to address the needs of communities and respond to them through inclusive programs by considering art production as a sustainable form of learning and exchange.”

PARTNERS AND SUPPORTERS IN THIS JOURNEY

Autostrada Hangar is made possible with the generous support and partnership of the different local and international institutions.

The exhibition “The Story of Autostrada Hangar” is supported by: GIZ and ITP, the Ministry of Culture, Youth and Sports and the Prizren Municipality.

A story of Autostrada Hangar