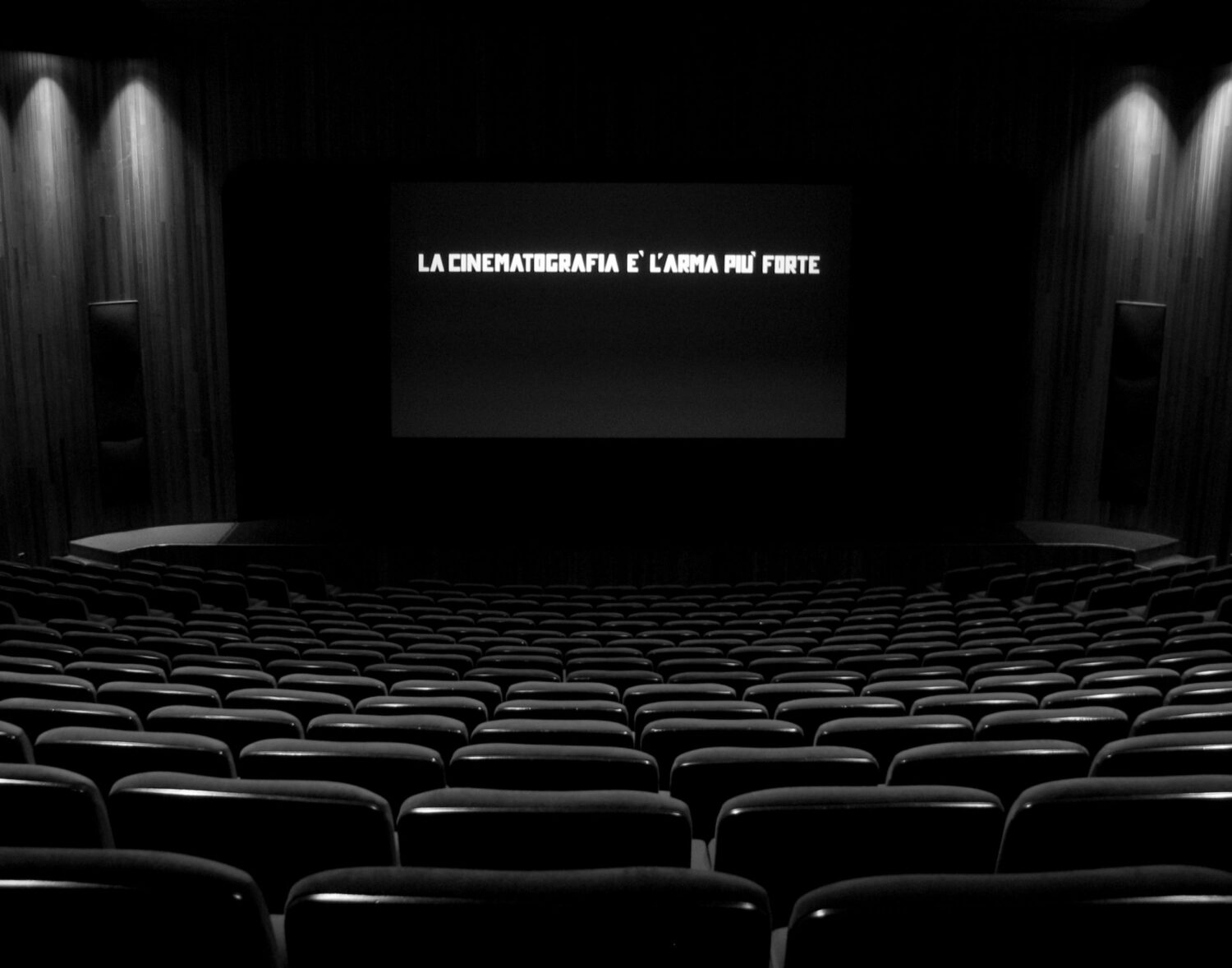 In 2004, Rosella Biscotti painted the phrase “La Cinematografia è l’arma più forte” (cinematography is the strongest weapon) in black paint on the walls of Fondazione Olivetti in Rome. It was the slogan used by Benito Mussolini in 1937 to open the Cinecittà Studios in Rome, which was built by the fascist Ministry of Popular Culture in order to exploit the newest mass medium as a powerful propaganda tool. It was only twenty years earlier that Lenin declared: “Of all the arts, for us cinema is the most important.” The wall painting in Rome was later transformed into a projected still image shown in cinemas before and after screenings. As a powerful comment on post-truth society, especially in the context of an Italy ruled by media tycoon Silvio Berlusconi, Biscotti’s intervention points to the manufacturing of consent through the flow of images in entertainment today. She places the slogan as an ironic warning in the historical spectrum of propaganda machinery in world politics. Biscotti’s work is geared toward shifting and rewriting collective memory. The artist is fascinated by the gaps that exist between historical ruptures, which she makes visible through sculpture, sound, and film. Her interventions take place in different historical terrains and geographical territories to show the intertwining of fascism and colonialism in service of capitalism’s control society. La Cinematografia è l’arma più forte’s self-reflexivity reminds us that how and where artists position themselves in critical turning points make and change history.

Rossella Biscotti (1978) was born in Molfetta and lives in Brussels. 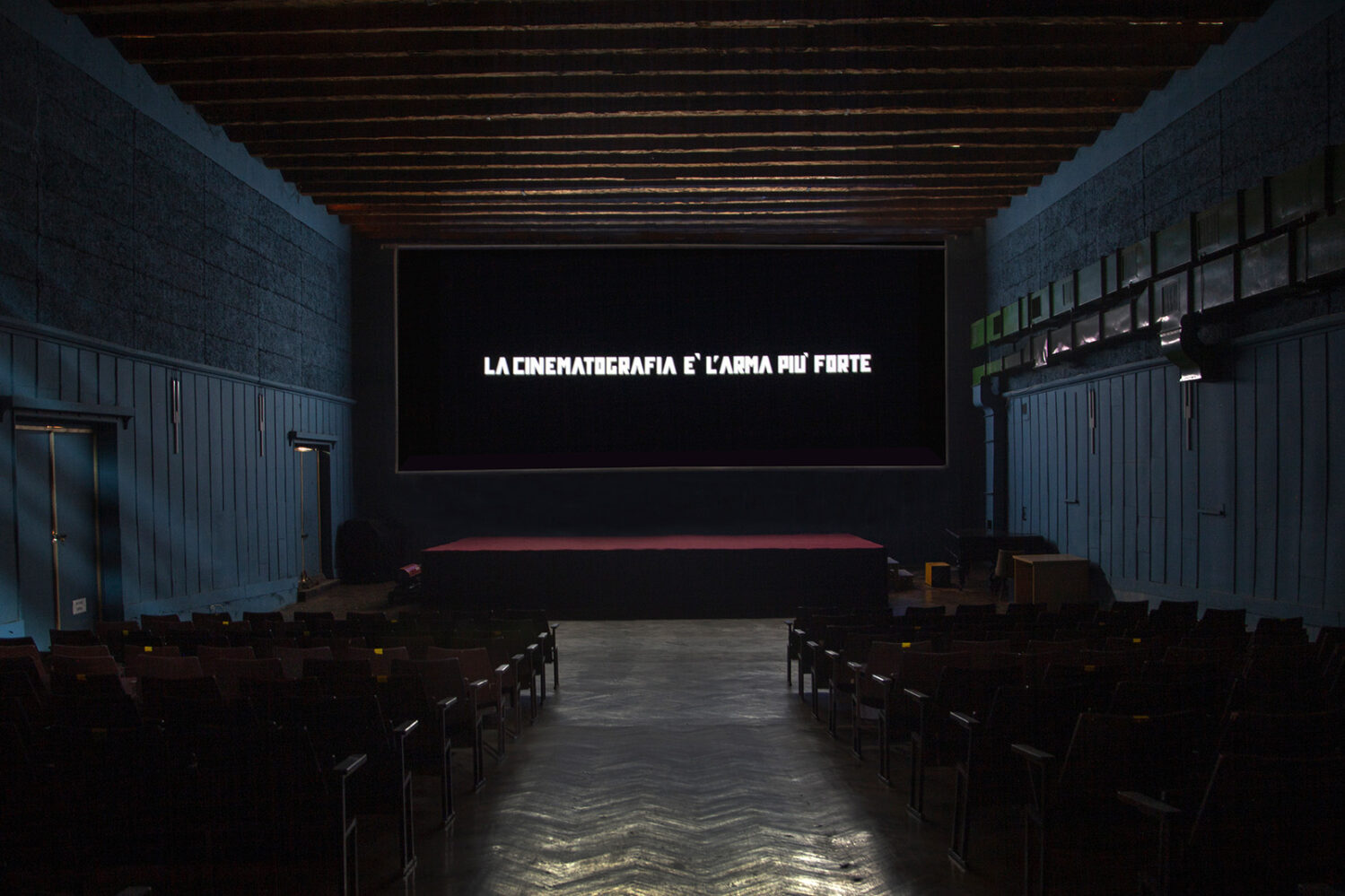 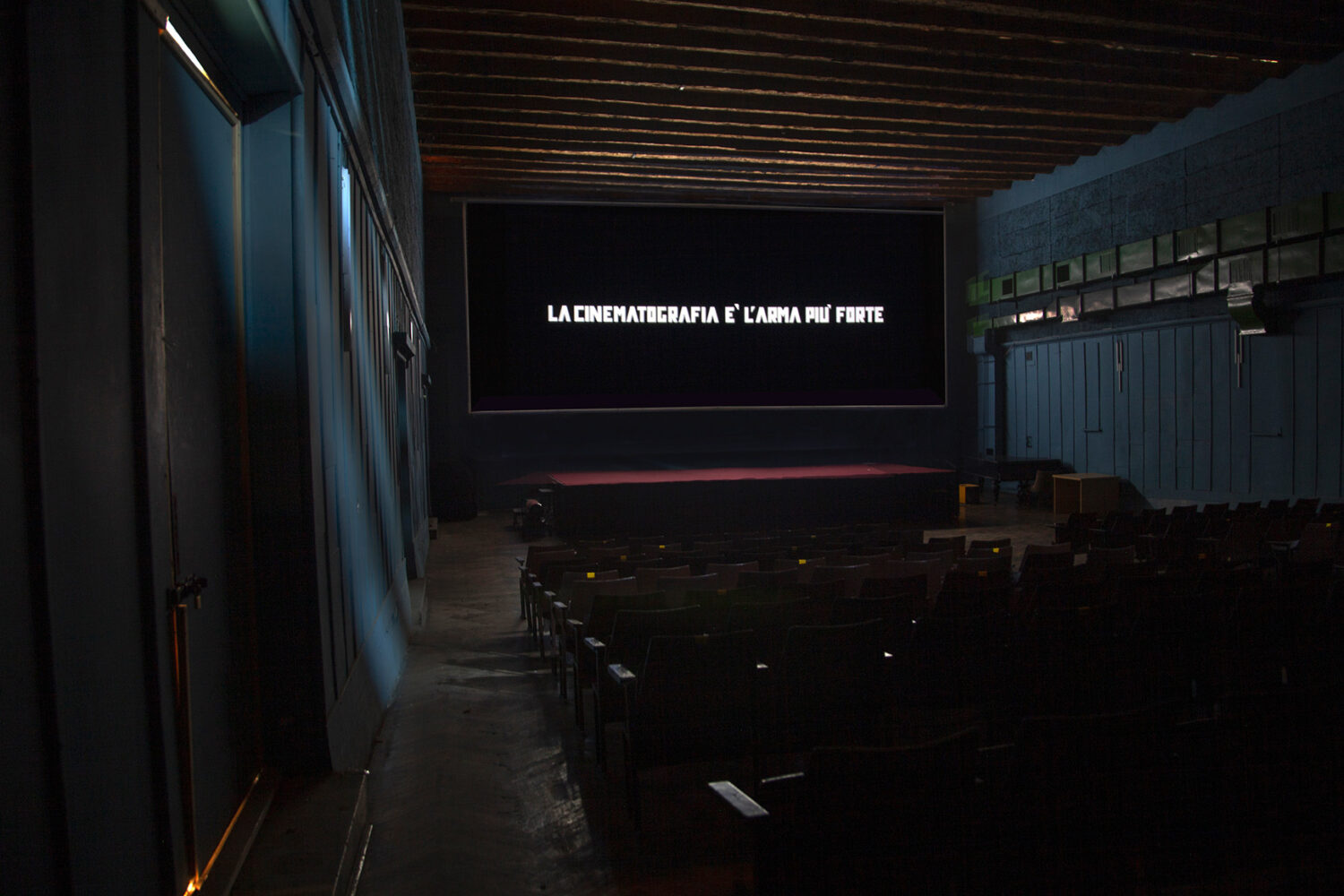 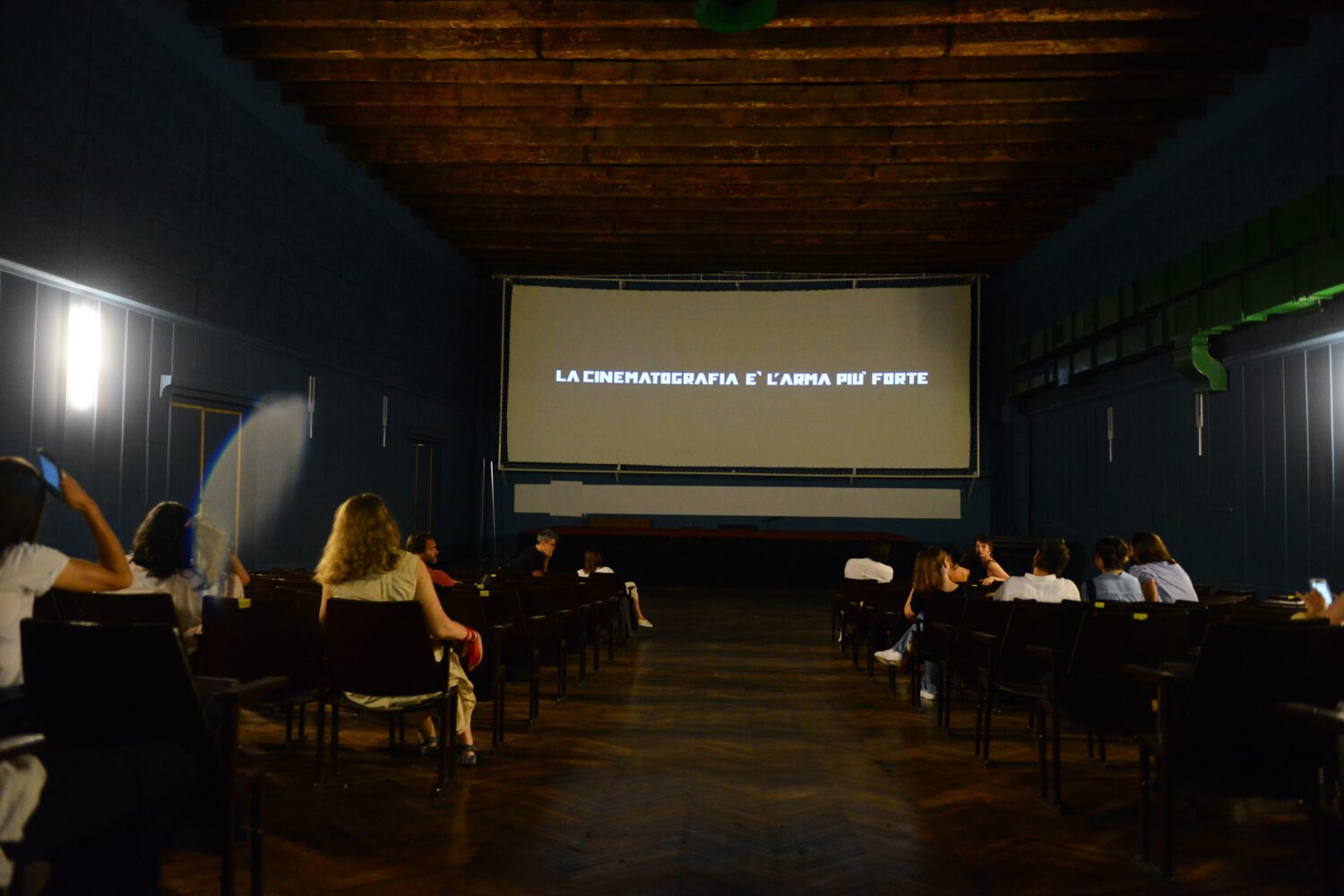