Venue: Palace Of Youth And Sports 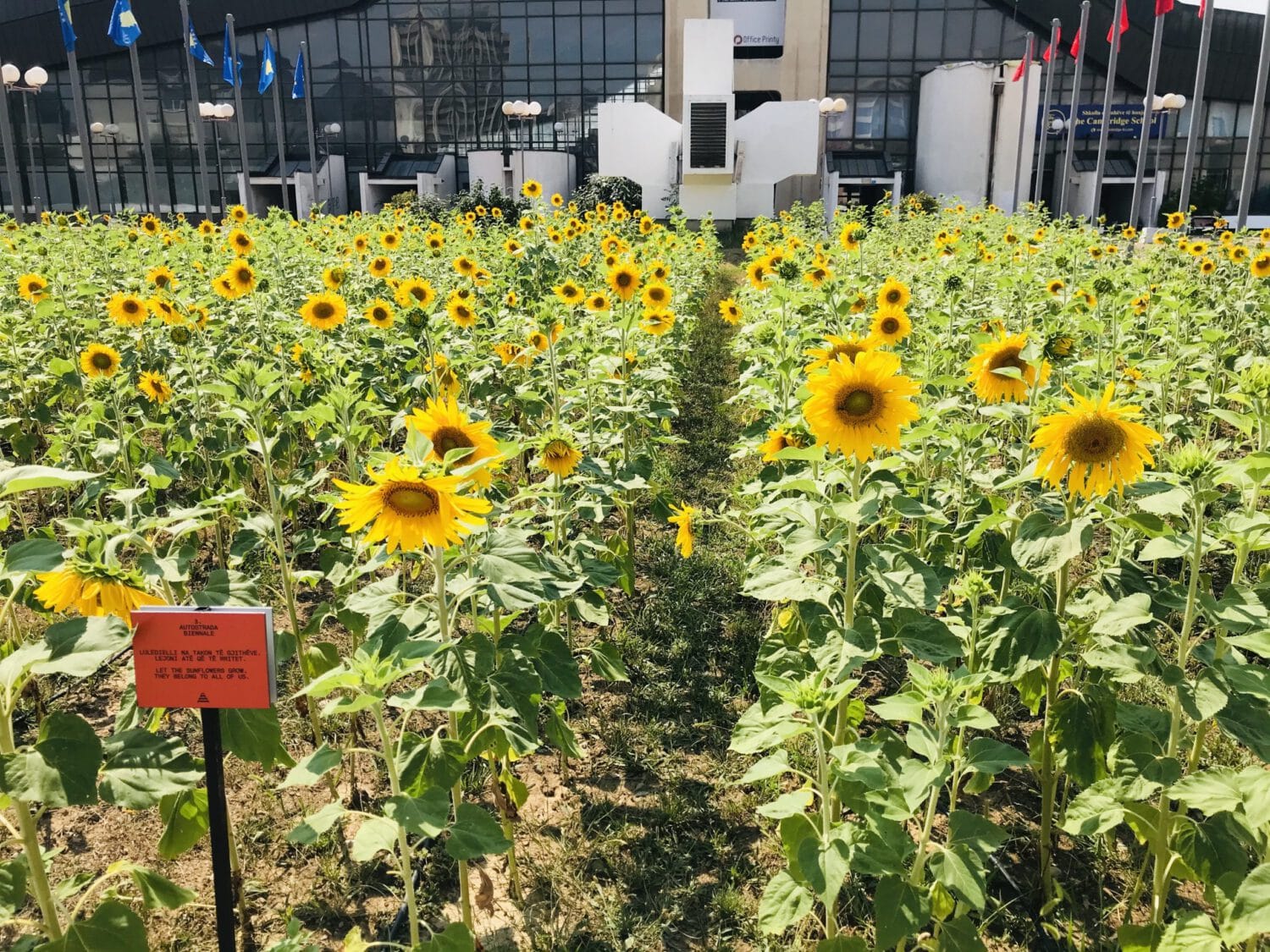 Agnes Denes, Sunflower Fields, 2021 in collaboration with Manifesta 14 Prishtina
“I originally became interested in sunflowers while planting my wheat field. In doing my usual constant research I learned that alternating planting wheat and sunflowers helps to keep the soil rich. Later when I was invited to write an essay for a book about soil, I used this knowledge to impart the many ways we must keep this precious resource fertile; alternating planting wheat one season and sunflowers the next will ensure the soil’s fertility. We accept soil and think little of its existence, but all life depends on this thin layer surrounding the globe. Sunflowers are happy plants that mean many things in different cultures. For the Chinese they are good luck and for the Incas they symbolized the Sun God. I am glad you are planting these flowers, in all possible areas. It’ll bring pleasure and well-being, as do all things that grow and live. When things grow, blossom, life is expressing its transformations and secrets. Watch, listen, participate. We all can be like sunflowers— grow, nourish, endow others with our richness, turn to the sun, then reflect its warmth to all living creatures.”

Agnes Denes, an iconic, feminist, New York–based artist of Hungarian origin, declared in her 1969 Manifesto that she wanted to leave the ivory tower of her studio and enter the world of the global concerns, “communicating the incommunicatible,” “visualizing the invisible,” “not accepting the limitations society has accepted,” and “persisting in eternal search.” Throughout her life and career she has imagined and initiated visionary experiments of cohabitation through art. Her well-known statement work Wheatfield–The Confrontation (1982), two acres of wheat planted on a rubble- strewn landfill in Manhattan near Wall Street, interpreted the heritage of environmental art and turned it into an urban ecological intervention, suggesting where future struggles would take place. For Autostrada Biennale, Denes, still actively producing in her nineties, proposed a new work of two sunflower fields to be planted in the centers of Prishtina and Prizren. The sunflower’s genus, Helianthus, comes from the Greek words helios (sun) and anthos (flower). It was first cultivated
by indigenous cultures, and then, through Russia, made its way to Europe and subsequently to the Balkans, becoming a symbolic plant for Kosovo in the Yugoslav era, and which has since almost vanished. An intervention that follows the sun, sunflowers reappear in the middle of cities struggling with pollution and gentrification, as—in words of the artist—a gesture of “seeing reality and still being able to dream.”

Agnes Denes (1931) was born in Budapest and lives in New York City. 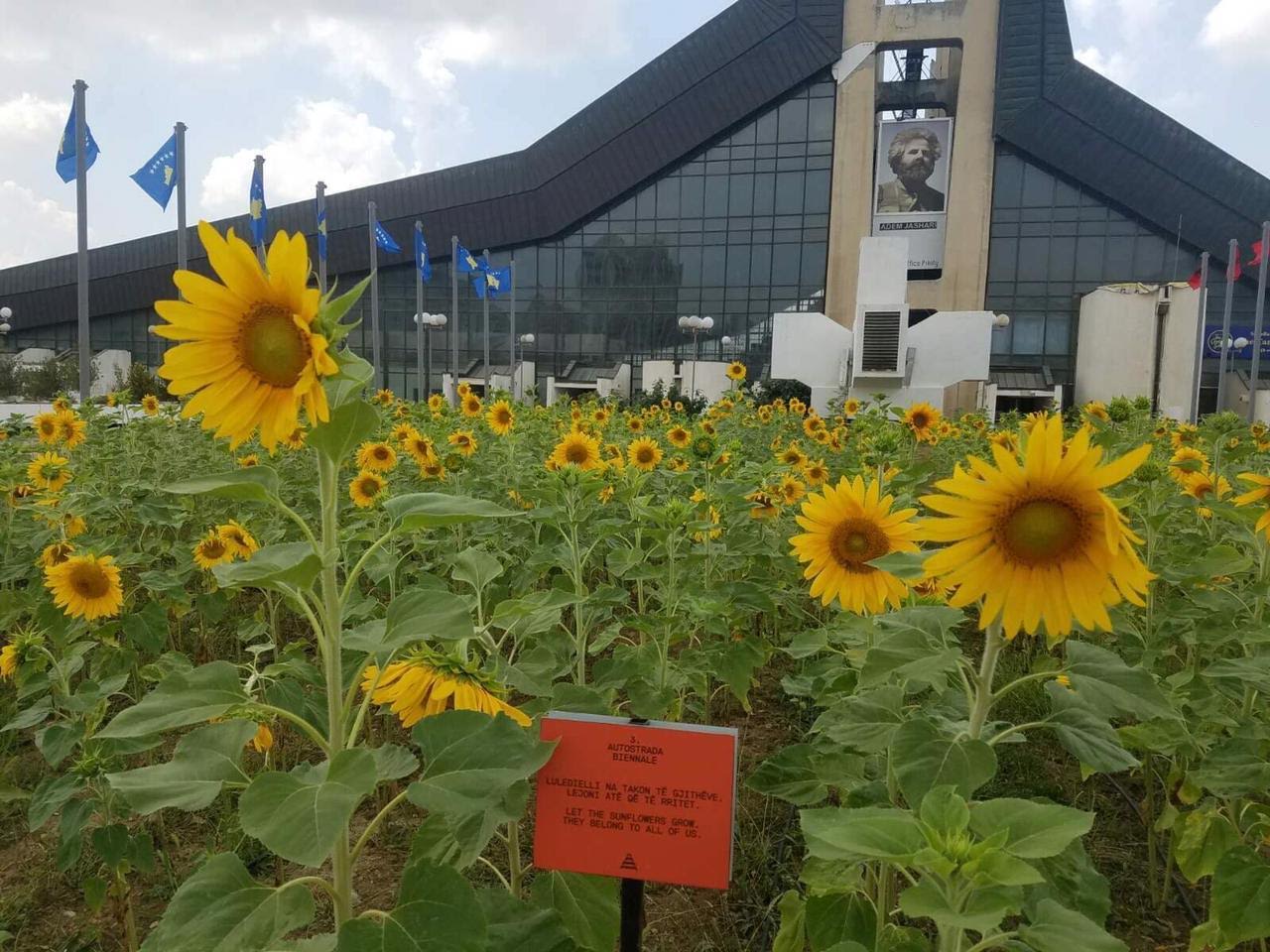 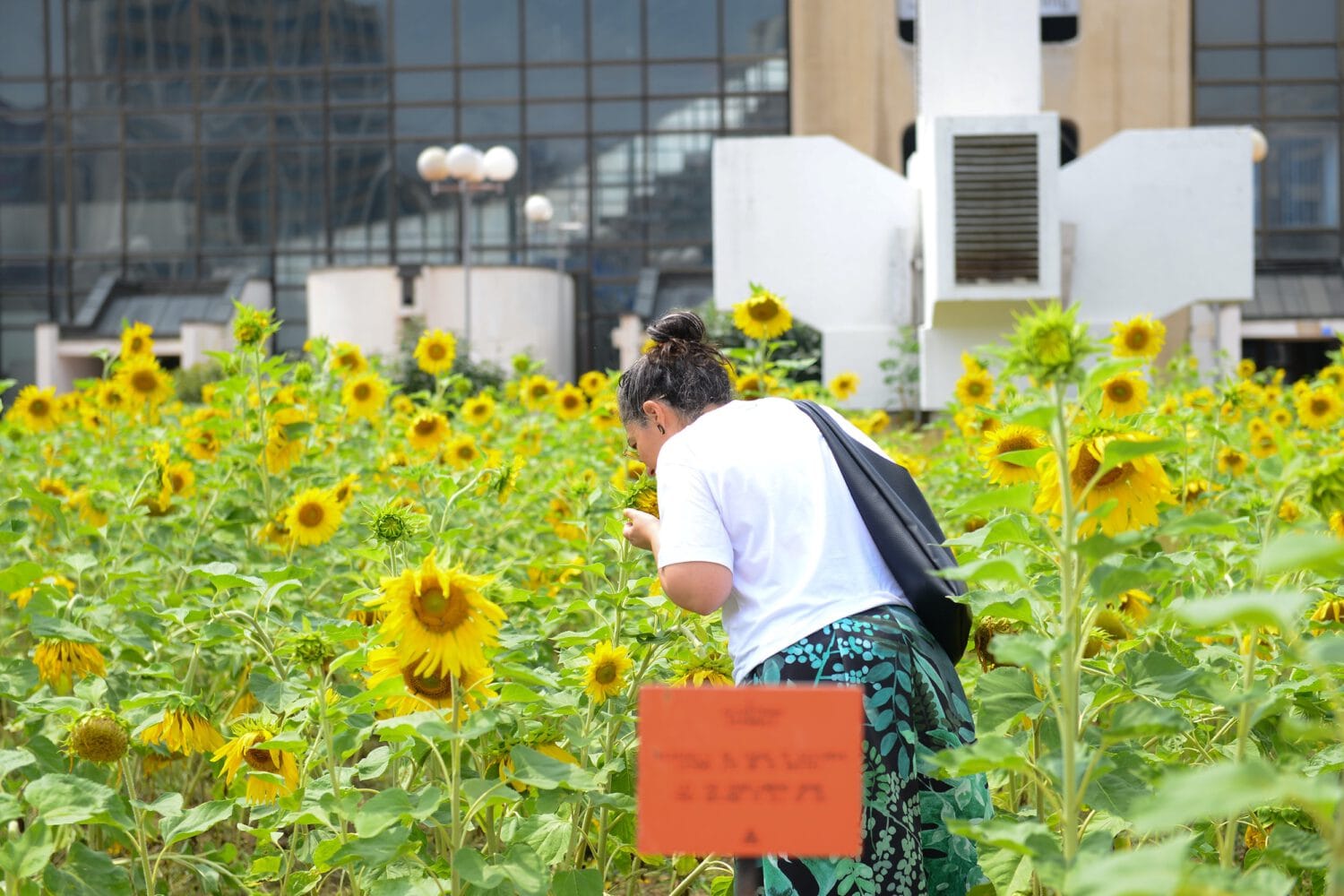 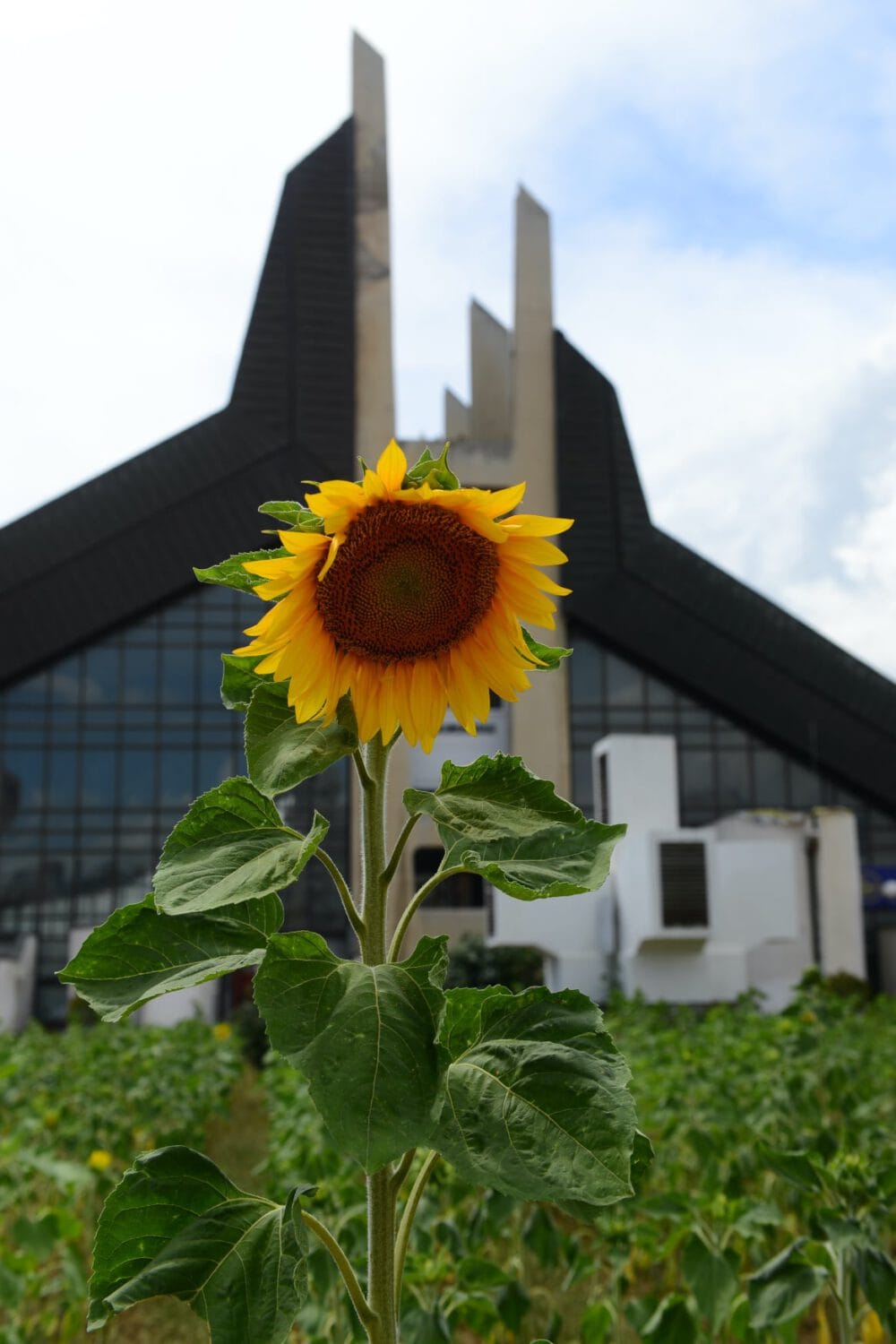 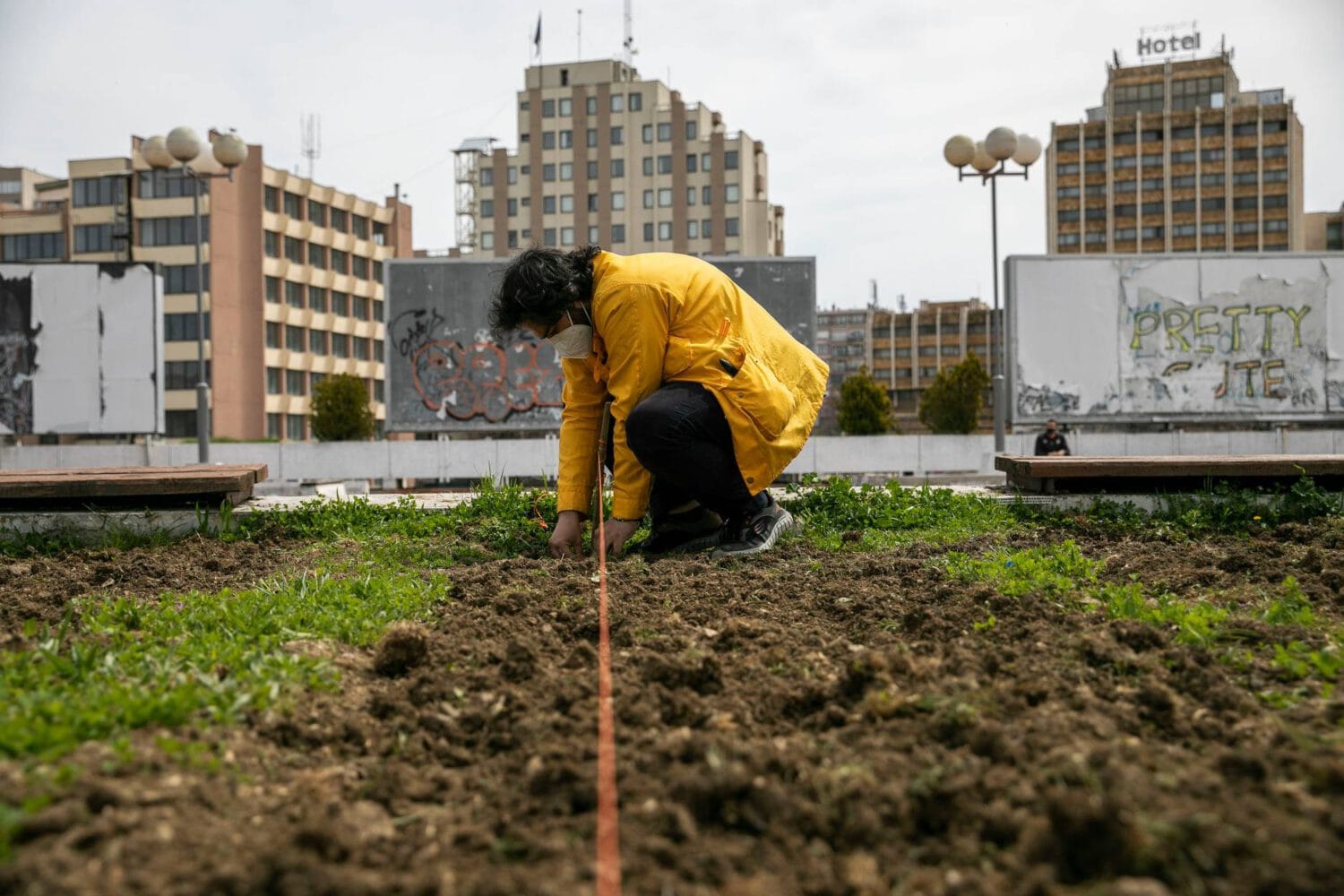 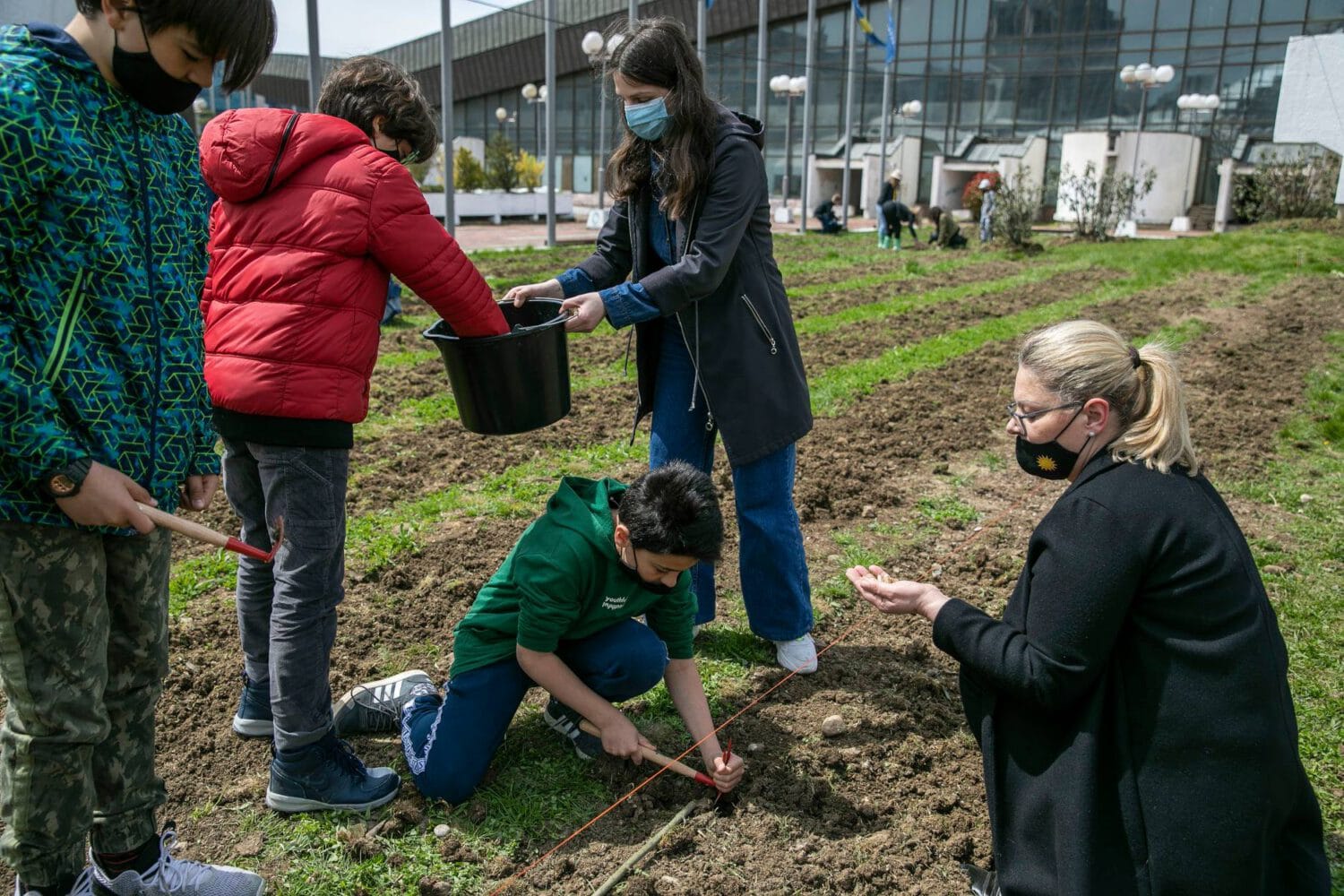 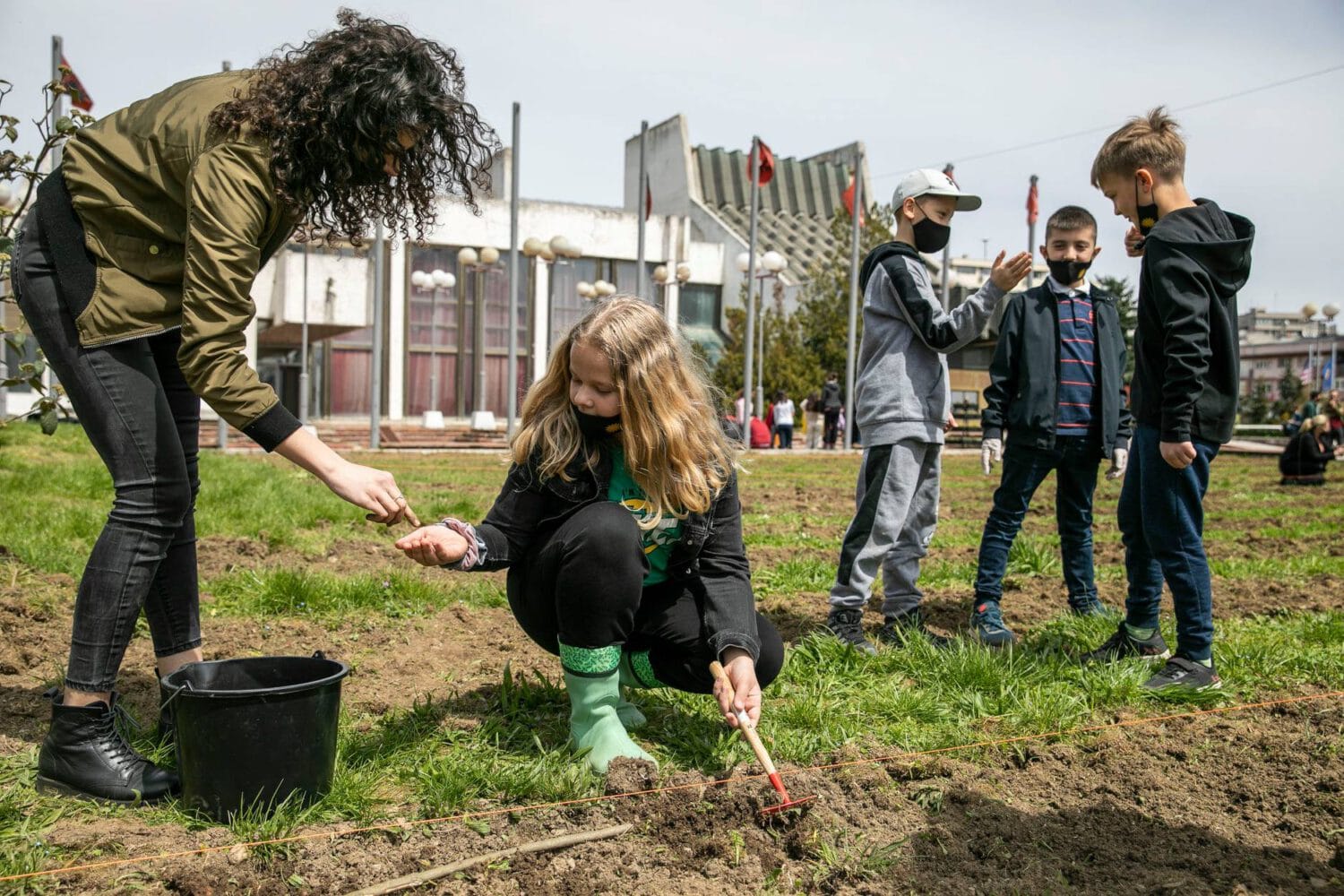 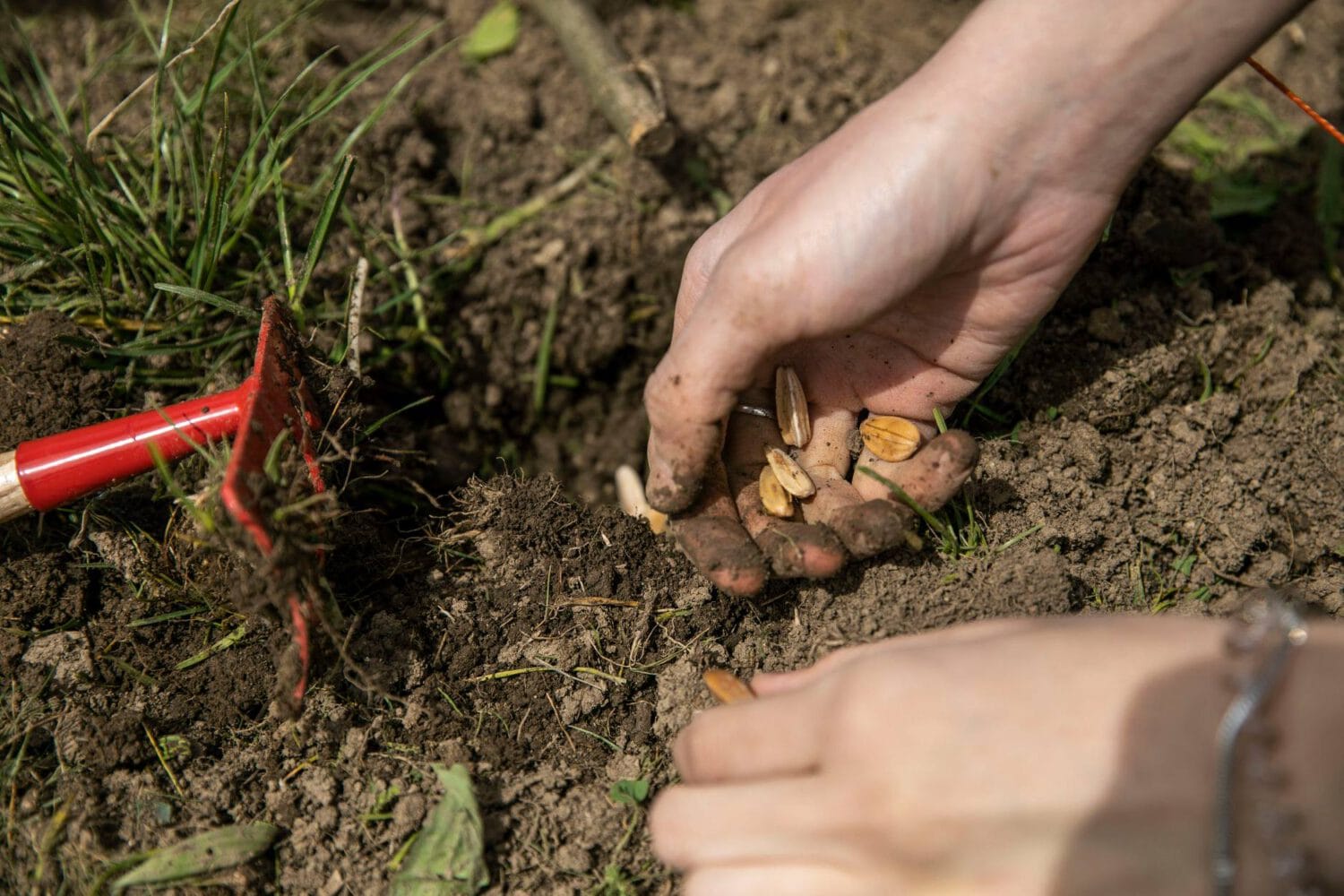 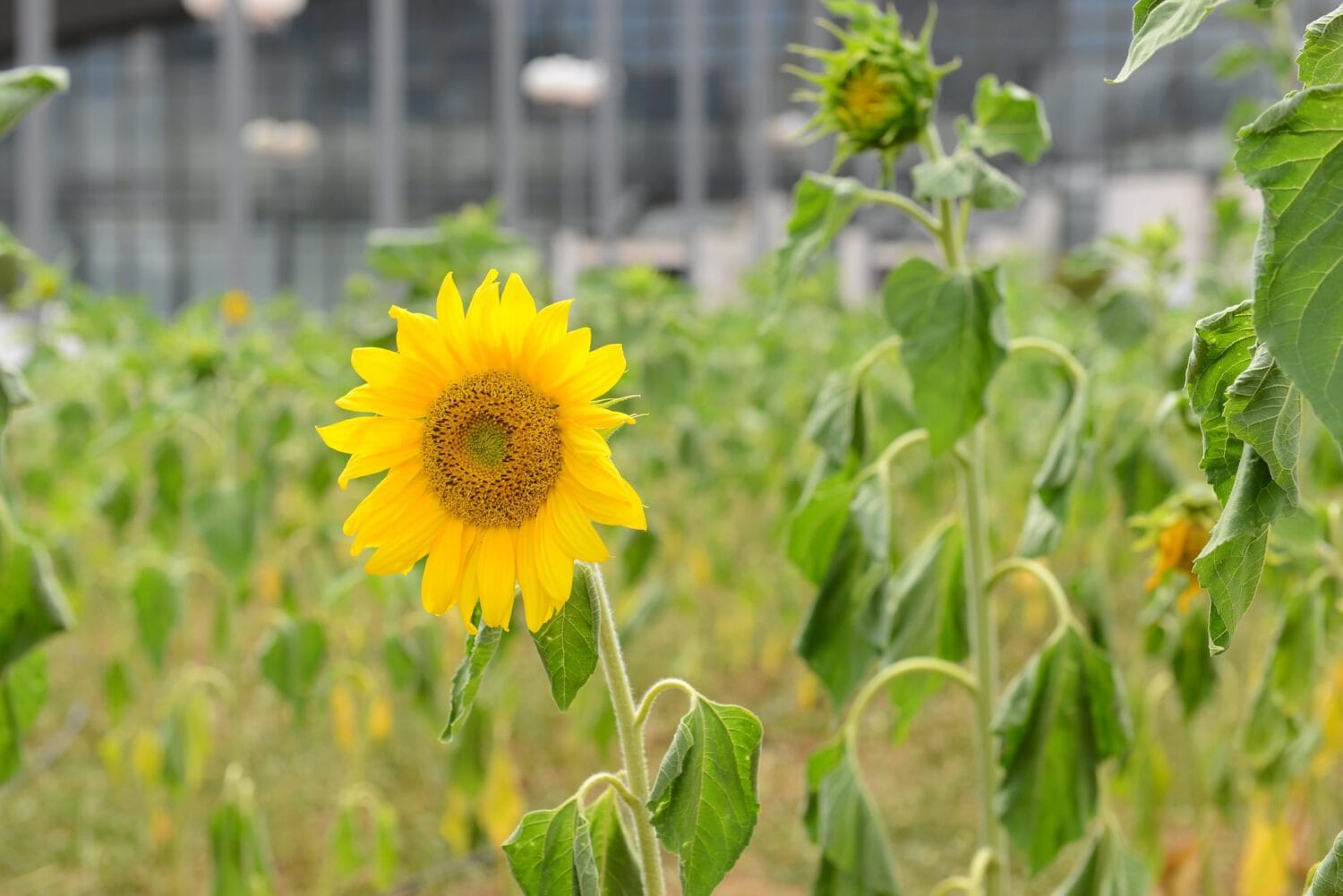