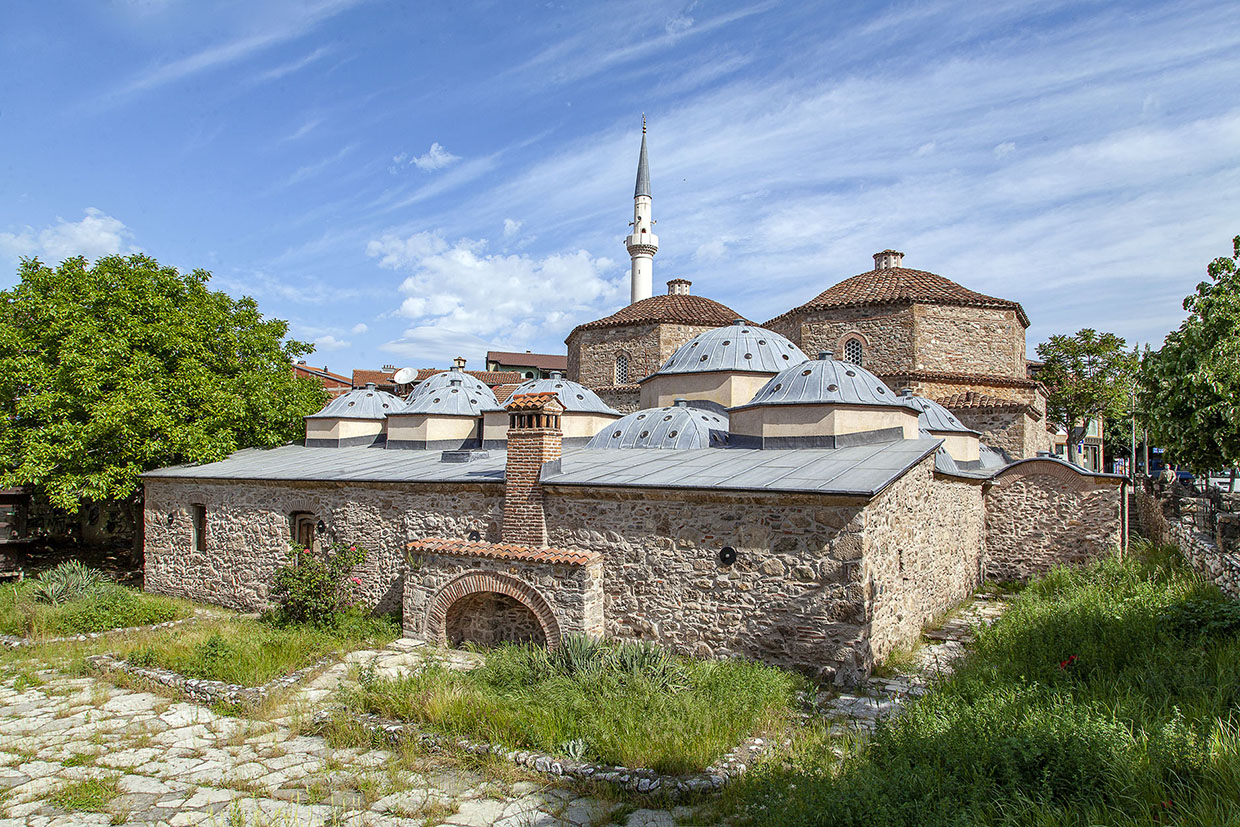 Gazi Mehmed Pasha Hammam was built during between 1573 and 1574 by Gazi Mehmed Pasha (Sanjak-bey of Shkodra), as a part of the architectonic ensemble that also included the Bayrakli Mosque, a secondary school, a primary school, a library, and a mausoleum. The hammam is characterized by a structure of twenty domes; the two larger domes are covered with tiles, while the other smaller domes and vaults are covered with lead. It is constructed from various stones and has baths for both men and women.

Until 1964, the hammam was surrounded by commercial buildings, which were subsequently demolished when the hammam was restored for conservation purposes. In the 1970s, fragmented restoration efforts were initiated, but the site was ultimately abandoned. Since 2000, the unheated part of the hammam has been used as a gallery for various cultural, artistic, and educational activities.

Valbona Zherka graduated from the Prishtina Academy of Fine Arts in 1977 and continued with her studies in Belgrade.