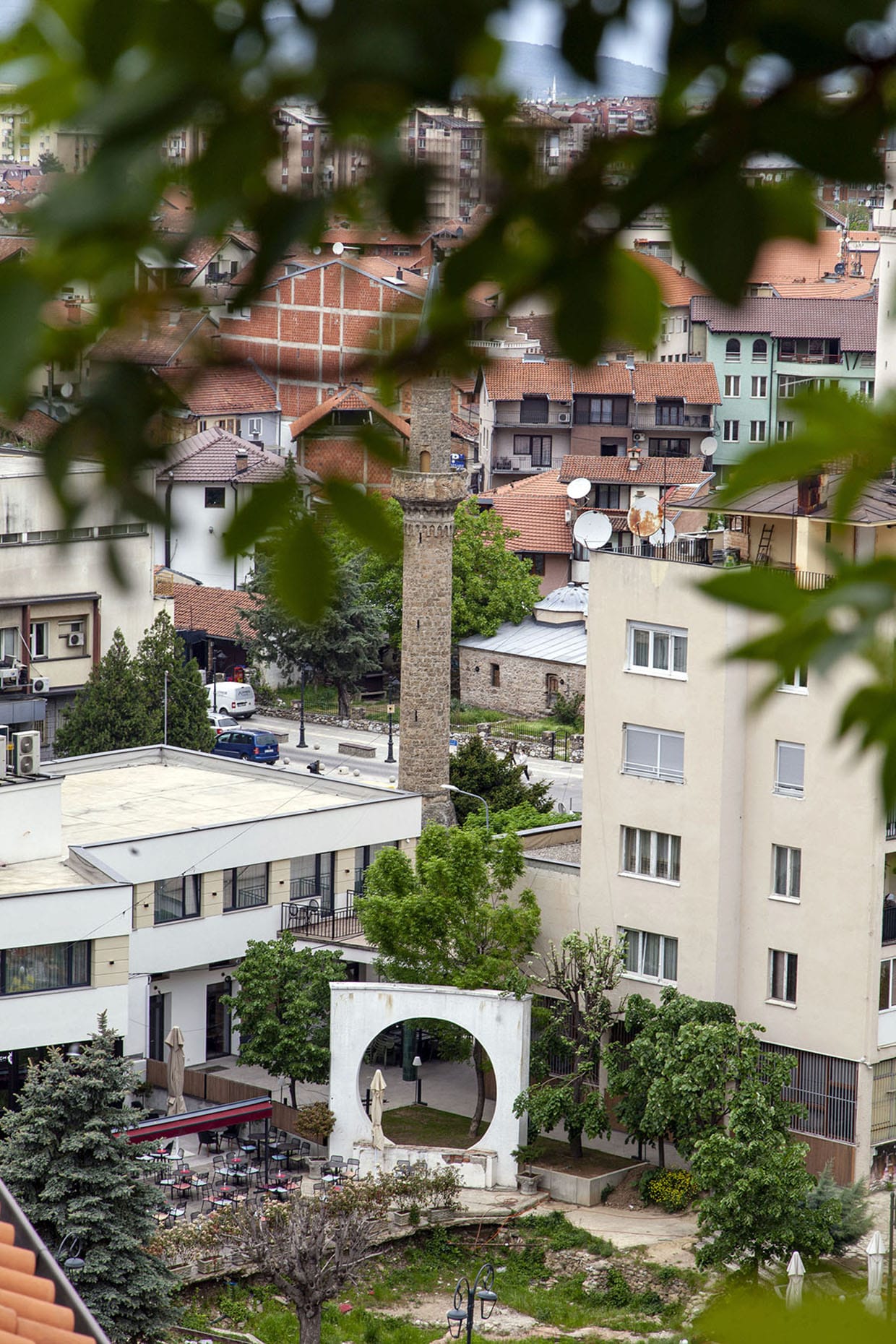 This site is an overlapping intersection of three different times and ideologies: ruins from late antiquity; a minaret from the Arasta Mosque, dating from the nineteenth century and destroyed in 1963; and a modernist building from the second half of the twentieth century, built in Yugoslav socialist-modernist style.

These three contexts host the remains of an antifascist monument Heronjte e popullit – Agimi i Liris (“the heroes of the people – the dawn of freedom”), a rectangular frame with a circular void. The monument was presented to the public in 1984 to honor the World War II martyrs Xhevdet Doda, Emin Duraku, Mustafa Bakiu, Slobodan Sercevic, Jovanka Radiovojević, and Dragica Nekić. Today, the bronze statues have been removed, leaving a whitewashed structure behind. 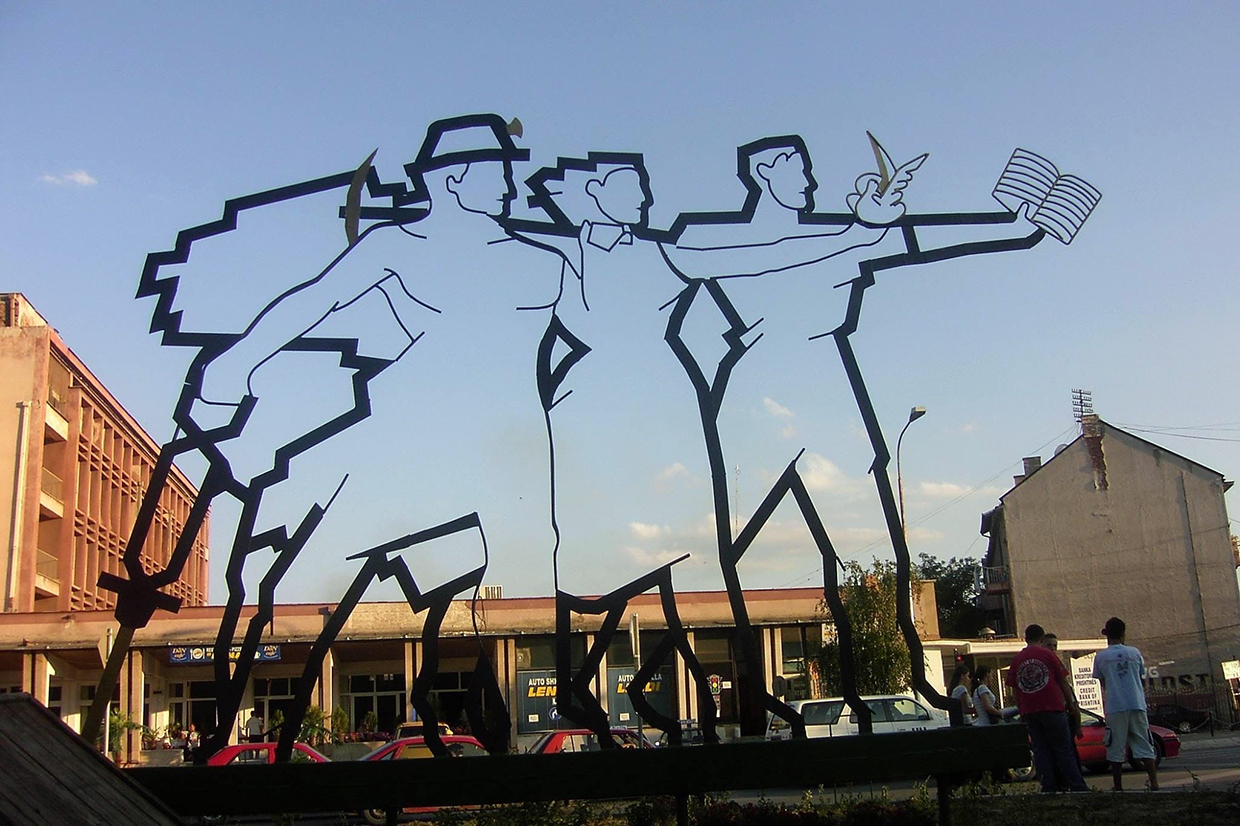 “I was born in Yugoslavia and I grew up in the apartheid regime by Milošević. Until I was eighteen, when we got our freedom, we lived in a permane