The National Library Of Kosovo 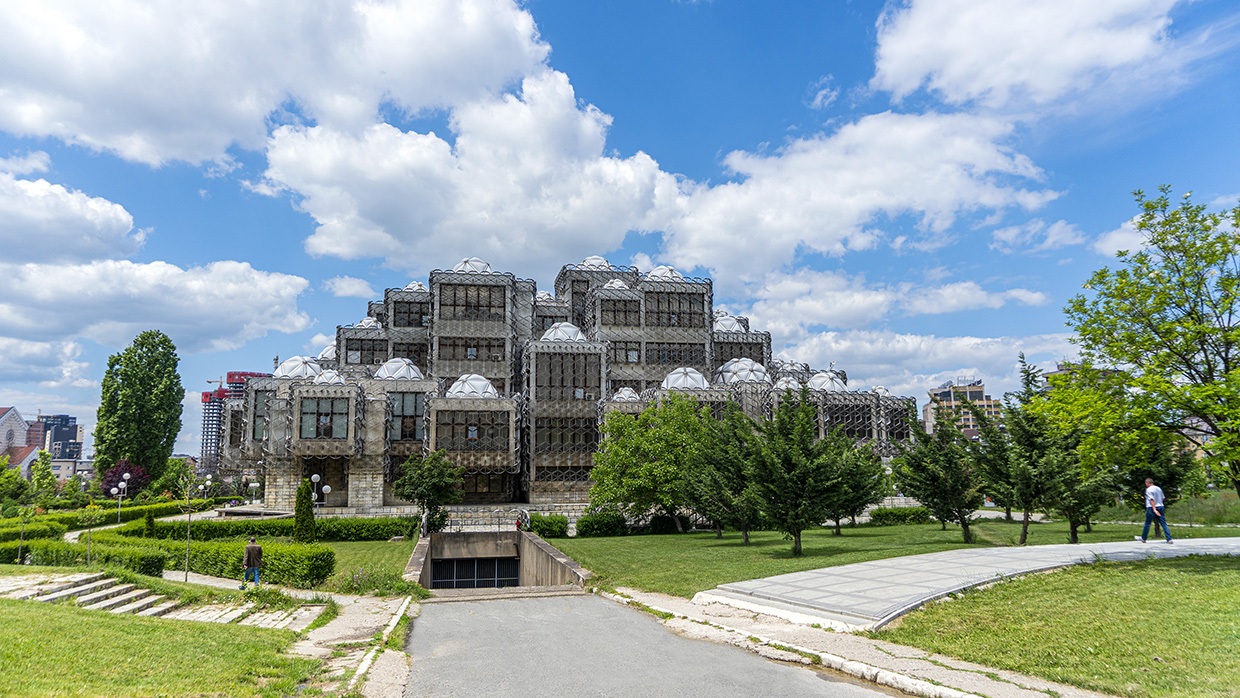 The mission of the National Library of Kosovo is to collect, preserve, promote, and make accessible written documents and the intellectual heritage of Kosovo. It is housed in an extraordinary building of many domes, designed by Croatian architect Andrija Mutnjakovič and inaugurated in 1982.

The building was inspired by two architectural features found in the region’s religious buildings, the cube and the dome, relics from Byzantine and Ottoman tradition still present in Kosovo. It was constructed using concrete, marble, and white plaster, while the facades and the domes are covered with aluminum lattice wrapping. Metal grids used as sunlight protectors create a pleasant environment for readers, with a nod to the filigree tradition.

From an aerial view, the library appears as a cluster of cubes of varying sizes and heights, giving a sense of protection, which is further reinforced by the aluminum net of hexagons draped over the building. During the Kosovo War (1998–99) the building was used to accommodate Croatian and Bosnian refugees. The Serbian army also used it as a command center, during which many historical books were destroyed. Today it is still one of the most iconic buildings in the region, coordinating all libraries across Kosovo. 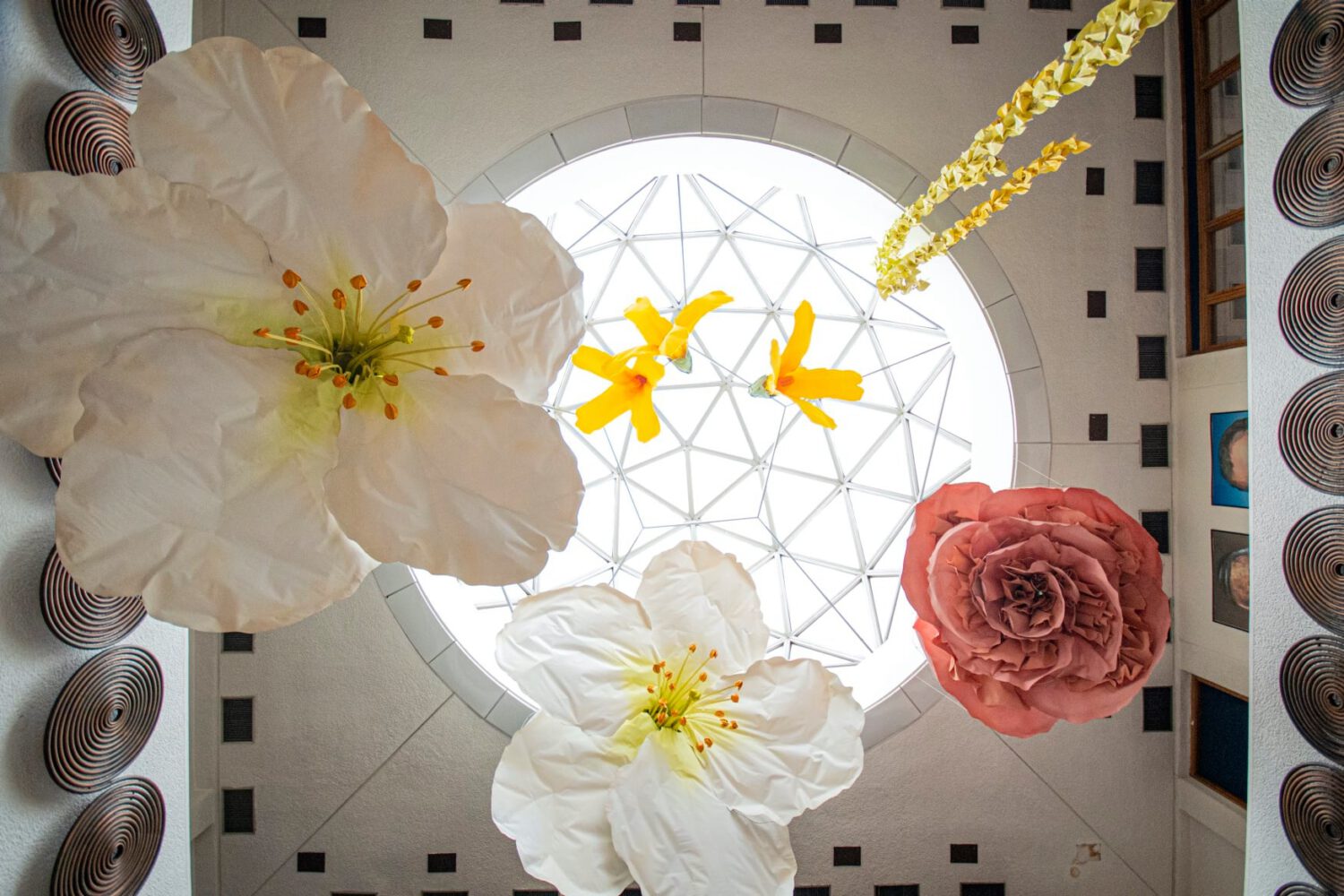