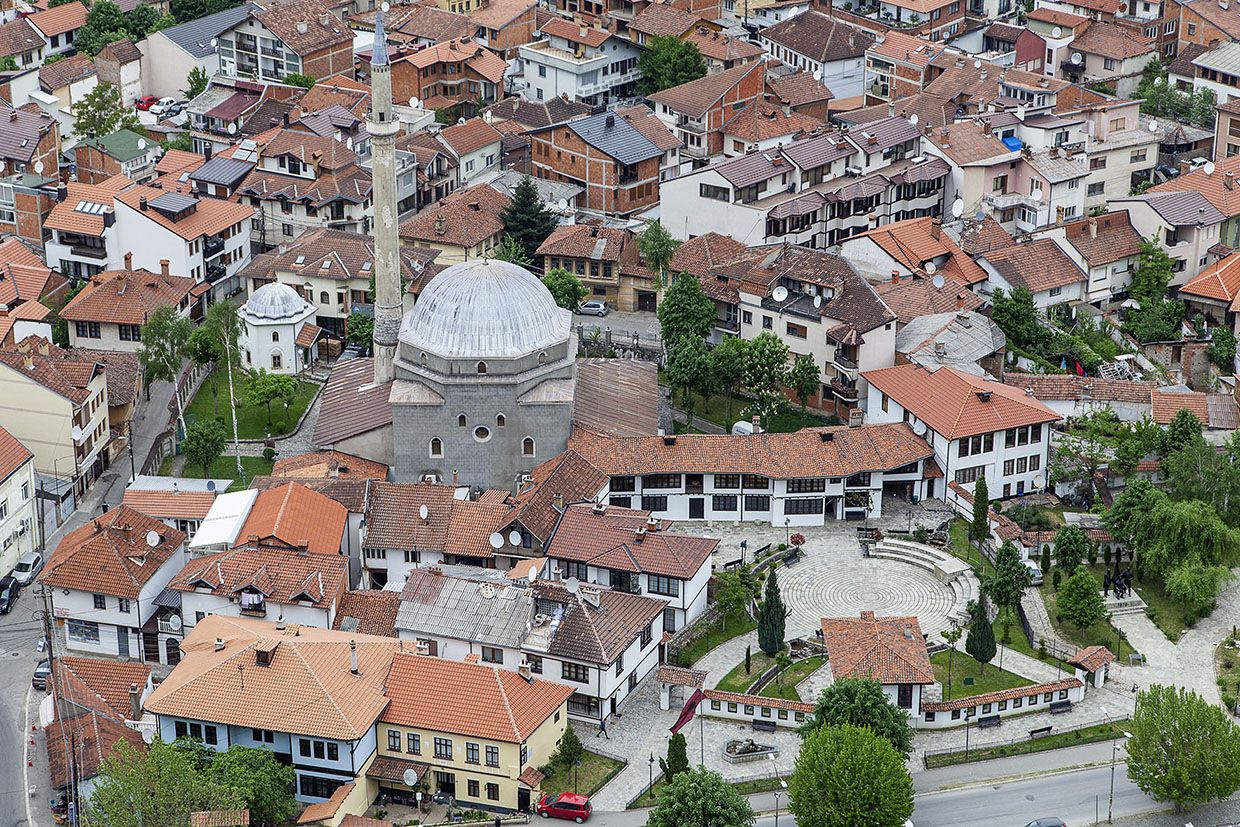 The Compound of the Albanian League of Prizren is an urban architectural ensemble located in the historic city center. It is where, on June 10, 1878, the meeting that marked the start of the political and cultural struggle against the Ottoman Empire took place. This date marks the official appeal to the Berlin Congress for an independent Albanian state.

The compound is situated on the western bank of the Lumbardhi. Its buildings were formerly part of the architectural ensemble of Gazi Mehmet Pasha Mosque, including the school and library. To mark the hundred-year anniversary of the event, the compound was adapted and transformed into a museum. The small library is home to a display on historical figures and of old documents. The former school features a display of ethnographic artifacts from the nineteenth and twentieth centuries as well as an exhibition dedicated to the historical event of the founding of the Albanian League. The gallery displays, among other pieces, two works by Valbona Zherka: Resistance (1978) and Towers of Resistance (1978). The pieces have been restored for the first time by the artist for the third edition of the Autostrada Biennale.

Valbona Zherka graduated from the Prishtina Academy of Fine Arts in 1977 and continued with her studies in Belgrade.

Agron Blakçori has parallel sculptural lives. He makes major public commissions about political and cultural figures of Kosovo, such as the monument