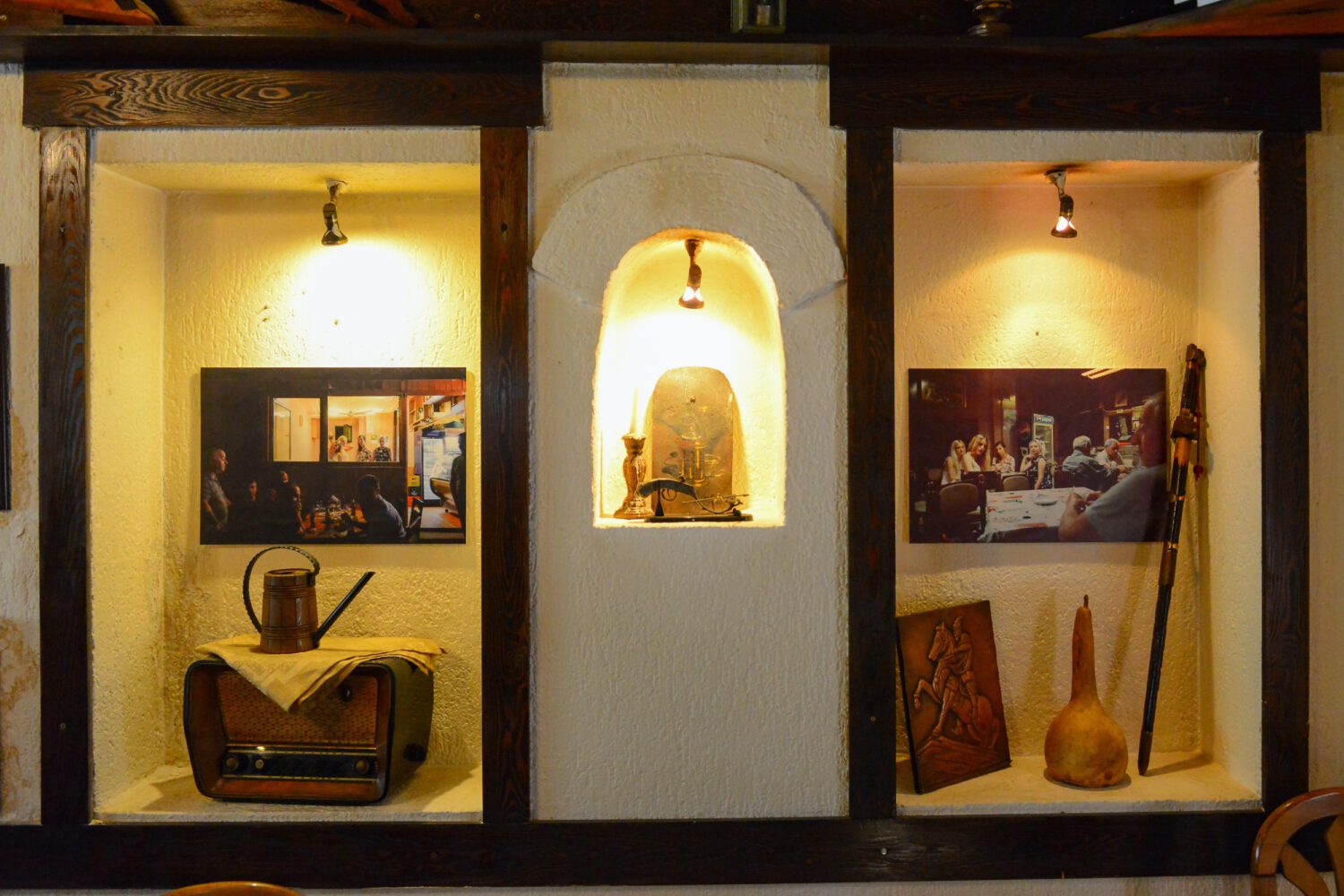 HAVEIT is a collective comprised of two pairs of sisters who stage public performances in order to tackle the overrepresentation of men in public space, to “make [their] lives less boring,” to protest violence against women, and to promote social change, humor, affirmation, and emancipation. The collective has existed since 2011. Together they consequently and elegantly voice discontent by making actions like washing their bras and underwear in one of Prishtina’s fountains or staging a public kiss between two women. At the café at Pintolli Mill, they exhibit photographs, reporting on their visits to the traditional tea houses of Prizren. “Drinking black tea has always been an integral part of our lives,” explain the artists. “We start drinking tea and learning to make and serve it when we’re just children. Serving tea to your parents is every girl’s duty. While we make it, serve it, and drink it in our homes, we could not comfortably do so in tea houses, as they are predominantly occupied by men.” The photos, featuring the four women in colorful clothing taking their time and space in male-dominated cafés, reverse the gaze and ask how public space could be more accommodating to women, how it could be more “female.” The exhibition is accompanied by a performance during the opening weekend.

HAVEIT, a collective based in Prishtina, was founded in 2011. 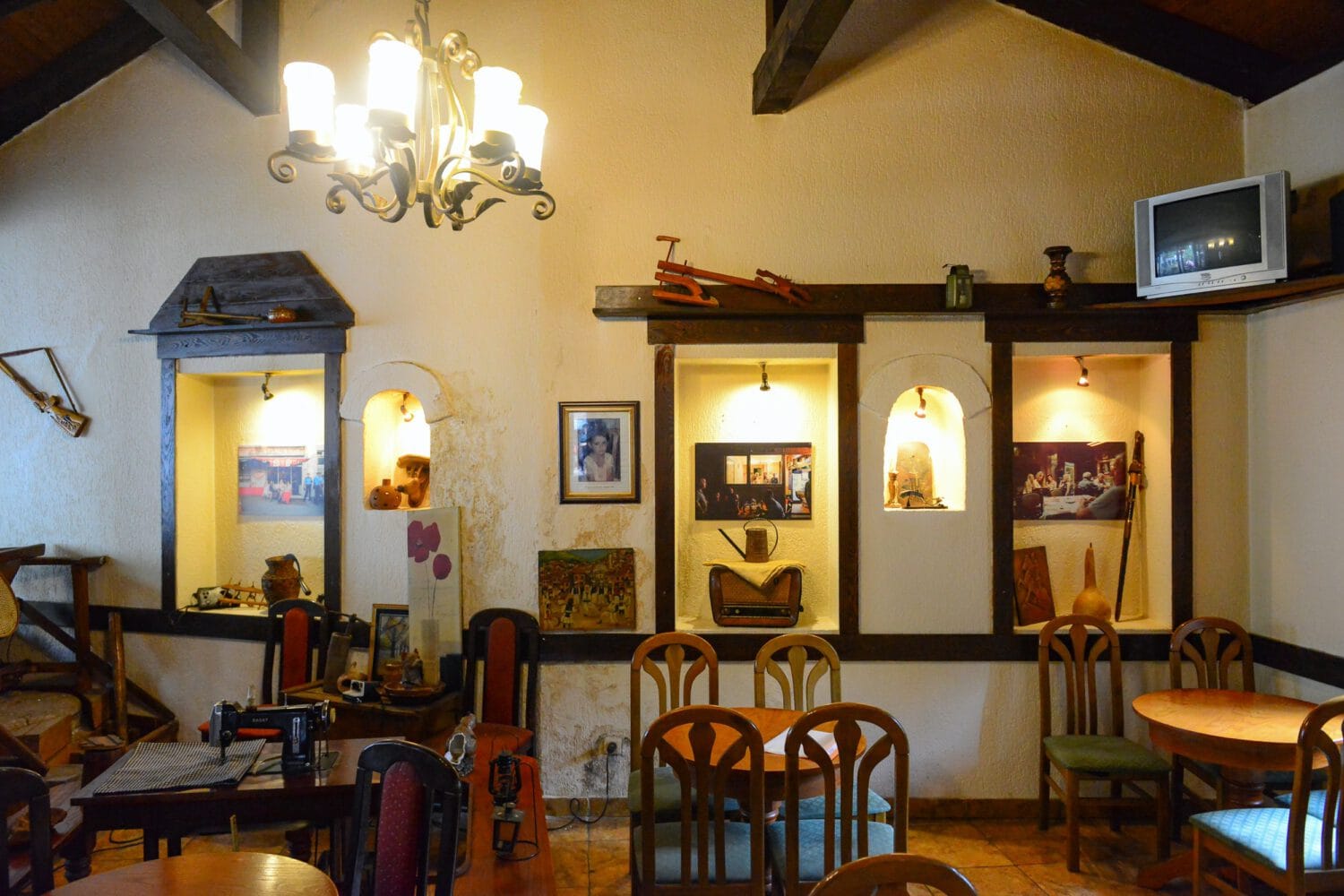 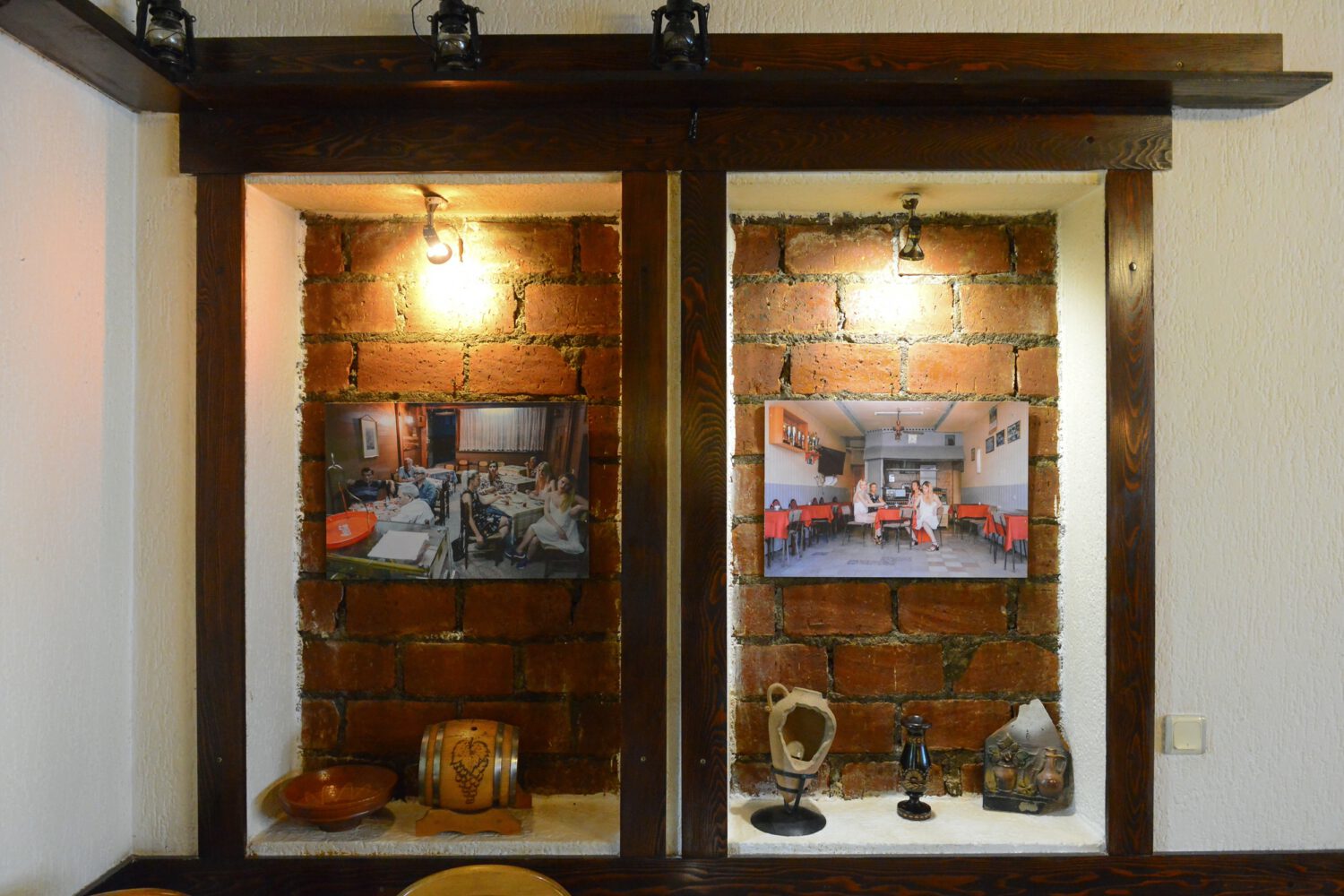 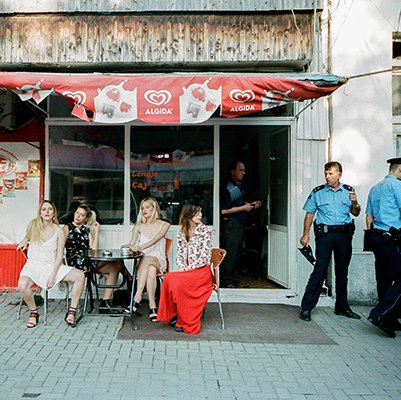