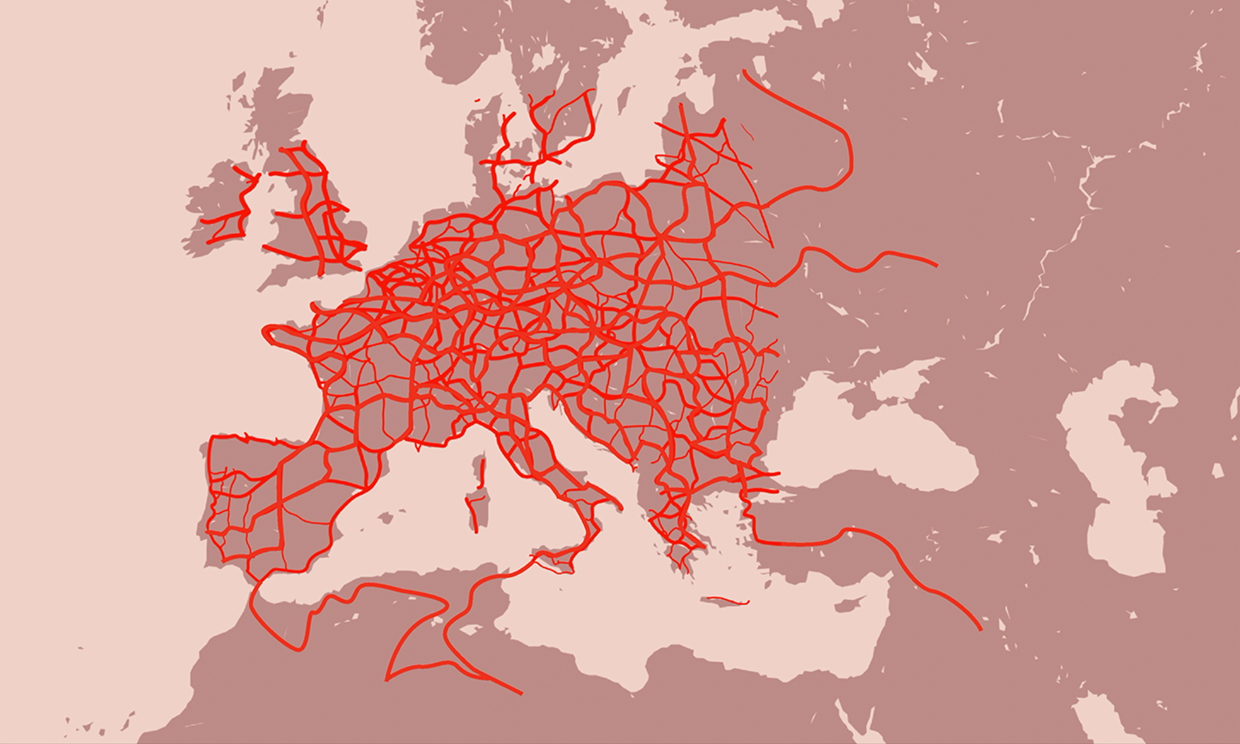 People in Germany are very proud of their roads and highways, but who actually built them? In order to answer this supposedly simple question, the artist Ulf Aminde and the author Manuel Gogos consulted companies and witnesses, searched archives and files: Who was involved in the construction of German roads since World War II? And where did they come from? Many of them were “guest workers” from Italy, Turkey, or former Yugoslavia. The streets are archives of the history of work and migration in Europe. Every road merges with another one, forming a set of arteries of departures, displacement, hopes, arrivals. Together the roads form a canvas for a social collage, a temporary and active way of remembering and living in a migration society. In Prizren, the film and poster Street of Labour: Migration Monument is presented at a gas station—one of those places, at the other end of the road, from where some guest workers departed (and still depart) to look for jobs in the north, and where they return to.

The project was commissioned by „After Supervising the Machinery“, Engelskirchen 2020 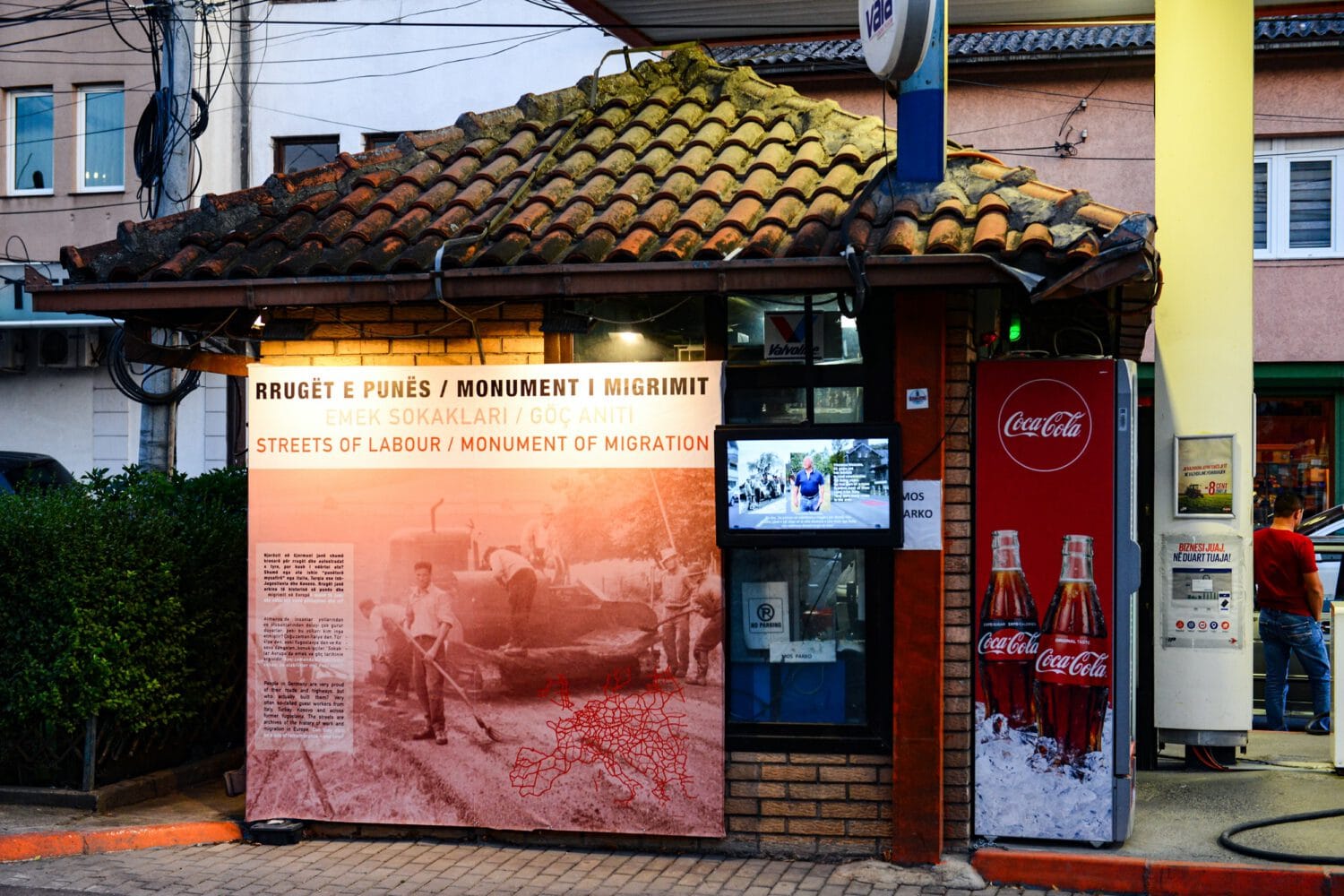 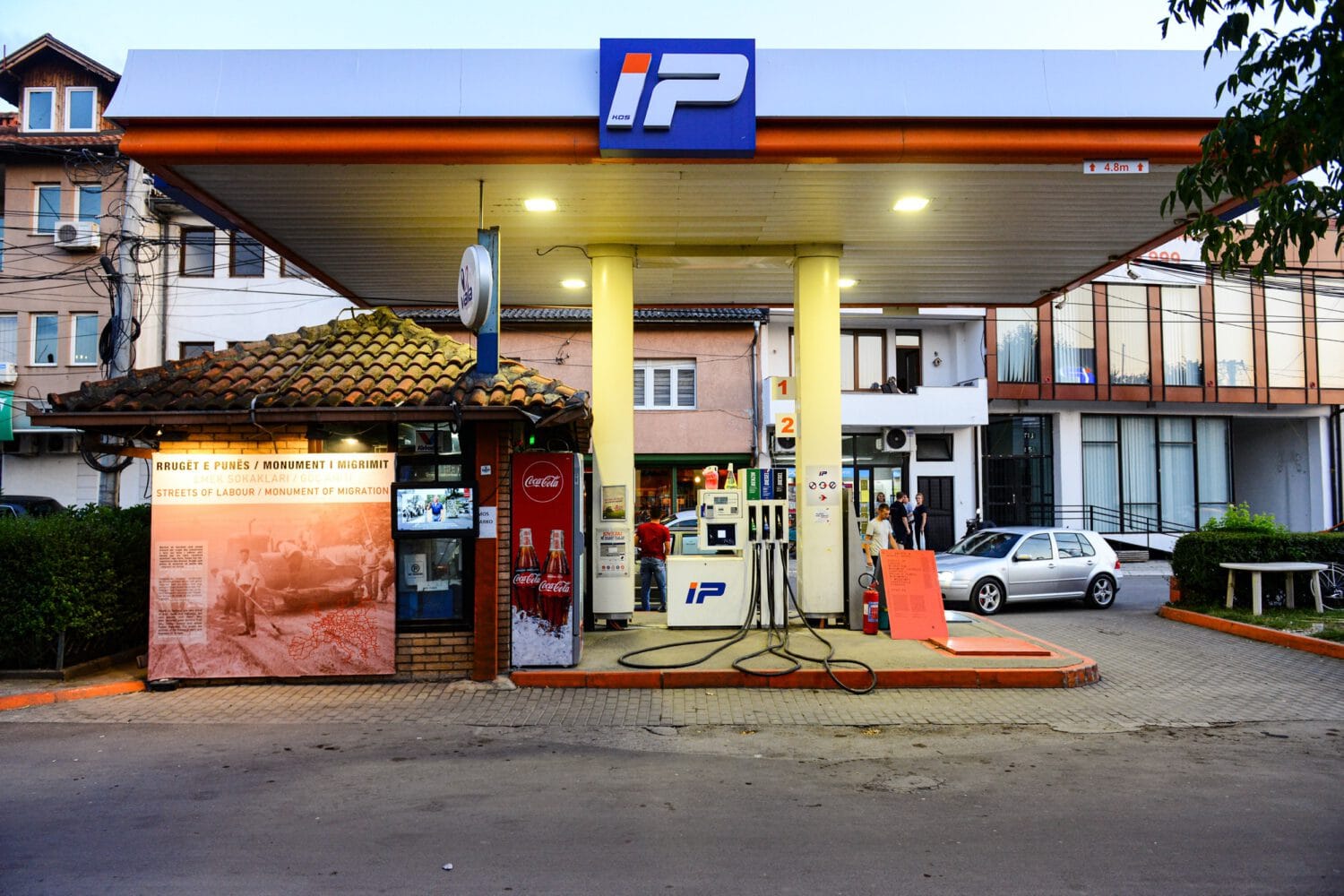